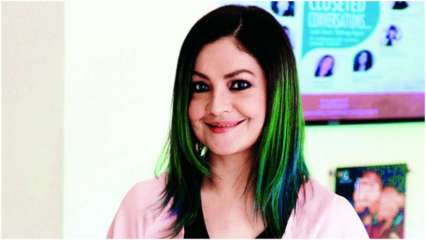 On Wednesday, filmmaker-actress Pooja Bhatt reacted to the gruesome incident of the alleged gangrape and murder of a 50-year-old woman in Badaun district of Uttar Pradesh.

“When will this violence against women end? This is sickening to say the least. Is there no place in our country, especially in UP, where a woman is safe?” Pooja tweeted.

Expressing her concern, Pooja wrote in a separate tweet, “We seem to care as little about humans-women in particular as we do about animals. The laws against all forms of violence need to become more stringent. All this suppressed anger and frustration that permeates society is manifesting in vile, horrific ways.”

Meanwhile, two people have been arrested in an alleged gangrape and murder case of a 50-year-old woman in Uttar Pradesh’s Badaun, police said on Wednesday.

Sankalp Sharma, Senior Superintendent of Police, Badaun said a reward of Rs 25,000 was also announced on the absconding accused.

“An FIR was registered at Ughaiti police station under 376 (d) and 302 of the Indian Penal Code (IPC). Three persons were named in the FIR. Two of them have been arrested. One accused is absconding and four teams have been constituted to nab him. A cash reward of Rs 25,000 has been announced on the accused. He will also be arrested soon. I have inspected the incident site as well,” Sharma told reporters in Badaun.

The 50-year-old Anganwadi worker was allegedly gang-raped and murdered in the Ughaiti area of Badaun district on Sunday night. According to the Chief Minister’s Office, Chief Minister Yogi Aditynath has taken cognizance of the Badaun case and has directed to take strict action against the accused in the case. He also sought a report from the Additional Director General of Police, Bareilly zone and directed the UP Special Task Force to cooperate in the investigation of the case.

The National Commission for Women (NCW) has taken cognizance of the alleged gangrape and murder case and written to state Director General of Police (DGP) Hitesh C Awasthy seeking his intervention in the case.”We have taken cognizance of the matter. We have written a letter to DGP. One NCW member is going to the spot to investigate the matter to meet the family and the police and take stock of the situation. NCW will be following this case closely and we will make sure that justice will be delivered,” NCW Chairperson Rekha Sharma said.

(With input from Agencies)

Big News! FASTag will be mandatory for all vehicles from January...