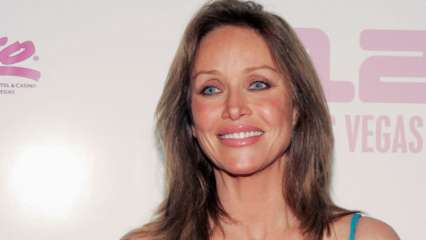 A day after being incorrectly declared dead, former Bond actress Tanya Roberts has died from a urinary tract infection. She was 65.

Roberts, known for playing Stacey Sutton in the 1985 James Bond film A View To A Kill and Midge Pinciotti on That ’70s Show, passed away on Monday, reports variety.com.

Earlier, it had been prematurely declared that she had died on Sunday night, following which such reports were retracted.

On Tuesday, Roberts’ publicist, Mike Pingel, confirmed that the actress died on Monday due to a urinary tract infection that spread to her kidney, gallbladder, liver and bloodstream.

Previously, Pingel mistakenly told many publications that Roberts had died on Sunday after her partner, Lance O’Brien, visited her in the hospital and assumed that she had died.

Later, it was reported that she was still in the hospital in a critical condition.

Roberts was out walking her dogs on Christmas Eve when she collapsed and was hospitalised.

Apart from her Bond outing, Roberts also featured in Forced Entry, Racquet, The Beastmaster and Sheena: Queen Of The Jungle.

On the small screen, she played an Angel in the popular series Charlie’s Angels. She had a supporting role in the popular sitcom That ’70’s Show, as Midge Pinciotti, Donna’s dim-witted mother. Her last notable TV show was in Barbershop: The Series in 2005.