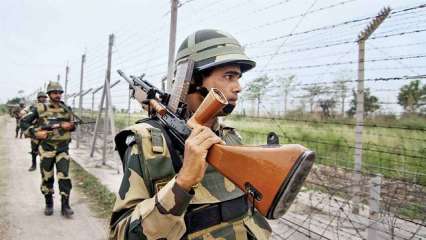 Some reports suggest that terrorist groups in Pakistan are planning terror attacks in the Hindu majority Jammu region. The latest report of Indian security agencies suggests that as many as 118 terrorists have gathered opposite the Jammu region.

ISI (Inter-Services Intelligence) is pushing the terrorist groups to infiltrate into Jammu and Kashmir to launch deadly attacks on security forces. Pakistan’s intelligence agency is also providing GPS, navigation systems along with winter cloth to these terrorists.

“According to inputs received from intelligence agencies, during the month of November last year, the presence of 180 terrorists was indicated at various launch pads near Line of Control (LoC). The latest input suggests that movement of 65 terrorists opposite valley region and presence of 118 terrorists reported opposite Jammu region,” said a Security officer deployed in Kashmir.

The terror groups were asked to target local leaders in Jammu as well as disrupt District Development Council (DDC) elections held in December last year. But due to tight vigil at the border terrorists have not able to enter Jammu, another security official said.

Border Security Force (BSF) has been alerted all along the Jammu border adjacent to Pakistan after an intelligence report indicated the presence of a huge number of terrorists opposite Jammu.

There is a possibility that the Pakistan Army and Pakistani rangers may also strategise to target Indian security forces with the help of the Border Action Team (BAT).

What is high-risk pregnancy? Know reasons and how to prevent complications