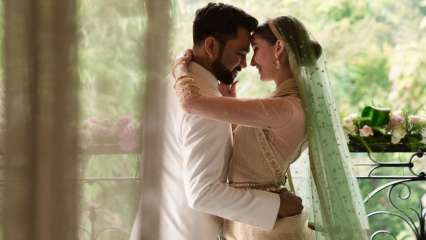 Ali Abbas Zafar is a married man now! The ace filmmaker announced his wedding with a beautiful photo holding his wife’s hand. Now, finally, Ali has introduced his wife by sharing a new photo clicked during their wedding festivities. He also unveiled her name which is Alicia Zafar. In the photo shared by Ali, the newlyweds are seen lost in each other’s eyes and hugging each other romantically.

The Tiger Zinda Hai director captioned the photo stating, “1400 years ago Imam Ali said to Fatimah Al- Zahra’s, all my worries and sadness disappears when I look at your face, I feel the same Alicia Zafar. Mine for life.”

Check out the photos below:

Set in the capital of the world’s largest democracy, the series is a gripping, fictional drama that showcases the lengths to which people go in the pursuit of power.