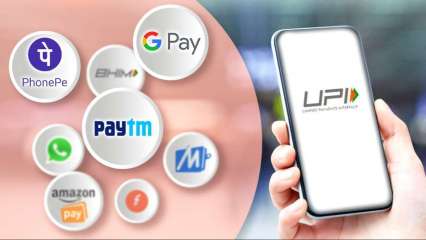 The new normal in the pandemic year has brought about many changes and challenges from wearing masks to using hand sanitizer and frequently using online transactions. Many people have become accustomed to this new normal.

In the wake of the COVID-19 pandemic, people used a lot of mandatory precautions. One such precaution was going cashless for shopping and other financial purposes.

A major change that came about as a result of the pandemic was an increase in the usage of digital payment platforms in place of cash payments. It was found that more people started giving priority to online transactions through the UPI.

In the recently released data by the National Payments Corporation of India (NPCI), it can be seen that the Unified Payment Interface (UPI) transactions registered a jump of over 103 per cent in 2020.

It is reported that the UPI became famous among local shopkeepers in many cities, as the customers were more likely to pay via online mode rather than by cash. Many came to request their customers to pay using UPI payments for the safety of both sides as well.

The Unified Payment Interface (UPI) was launched in 2016. It facilitates inter-bank transactions and transfers funds instantly between two bank accounts on a mobile platform.