Melbourne Stars’ downward spiral continued on Saturday as well as they wasted a golden opportunity after being in a great position to win the game against the Hobart Hurricanes at Blundstone Arena in Hobart in the Big Bash League (BBL) 10.

After chosing to bowl first, the Stars got an early breakthrough in D’Arcy Short but Hurricanes came back and rebuilt their innings through Ben McDermott and English import Dawid Malan. Both the batsmen after a slow start changed gears to send the Stars on the backfoot. However, after breaking the 82-run partnership, the men in green came back as the new batsmen found a little difficult to pierce the gaps easily and Hurricanes kept losing wickets.

Malan’s 75 and Colin Ingram’s quick 12-ball 26 helped the home side to breach 160-mark, but Stars were a batsman short with Nic Maddinson picking up a foot injury during the game and couldn’t take any further part.

The Big Collapse after the ‘Big Show’

Stars too, had a poor start as they lost both their openers within the third over of their innings. Skipper Glenn Maxwell, however, looked in an altogether different mood as he took on the Hurricanes bowlers from the outset.

Stars lost Hilton Cartwright as well but Maxwell found an able ally in Nicholas Pooran again as the duo stitched a 72-run partnership.

Maxwell reached his half-century in just 28 balls as he especially targeted the Hurricanes’ spinners Johan Botha and Short. Pooran got out after a scratchy 14 off 15 but enabled Maxwell at the other end to play his natural game as ‘The Big Show’ became a beast. 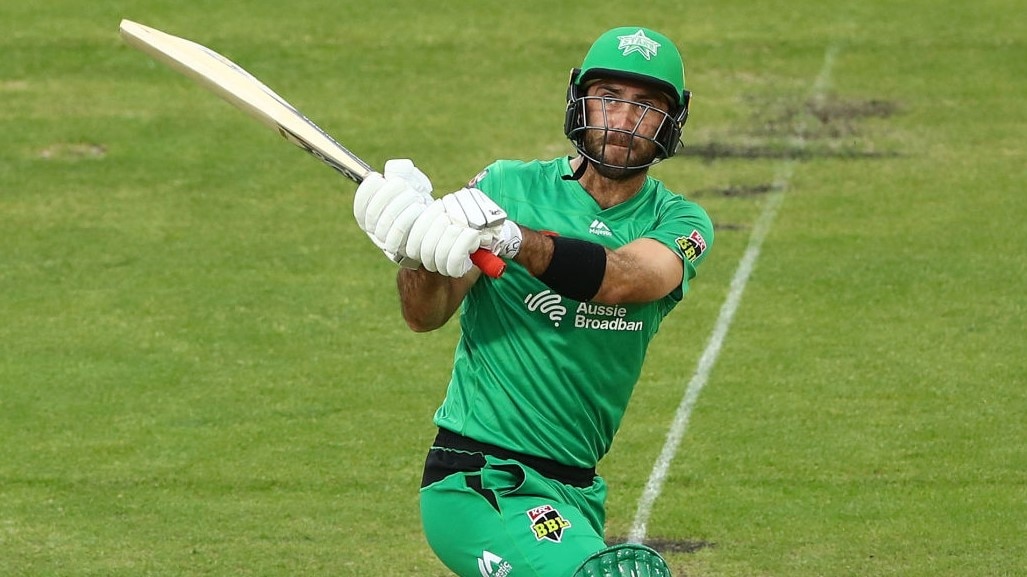 Maxwell ended with 70 off 37 balls as the Stars needed 46 runs off 41 balls when both of them got out.

Those two wickets started a procession as Stars couldn’t help but kept losing wickets as none of the batsmen could stay for long at the crease. Stars eventually fell short by 21 runs as the men in purple notched-up their fifth win of the BBL 10 and look pretty at finishing in the top two positions in the points table.

Meanwhile, in the other game, Brisbane Heat’s up-surge continued albeit a 1-run heartbreak against the Hurricanes in their last game. Heat bowled first after Sydney Sixers chose to bat.

Steketee on the ‘Mark’

Mark Steketee took four wickets as the Heat restricted the Sixers to a middlish total of 166 as Heat would have taken a 160-ish total at the start if the innings as the side’s original captain Chris Lynn opined during the mid-innings break.

Josh Philippe and Jordan Silk helped Sixers to reach 160 with 40-plus scores, but Steketee’s four scalps and two from Mujeeb-ur-Rahman meant the Heat kept taking wickets at regular intervals as none of the Sixers batsmen could stay for a longer period of time.

Since the 8.35 asking rate wasn’t too demanding, the Heat batsmen didn’t launch an assault, instead played smart cricket to keep ticking the scorecard. Similar to Sixers, the Heat too lost wickets at regular intervals and they couldn’t make any longer partnerships and required nearly 9 per over in the last five overs.

But England all-rounder Lewis Gregory and Jack Wildermuth stitched an unbeaten 50-run stand in just 21 balls to win it for the Heat, who won their only the second game of the season. Sixers, will play their next game immediately on Sunday against the Adelaide Strikers, while Brisbane Heat will face the other Sydney, Thunder on Monday in a flurry of double-headers.

NE India can be an ideal tourist destination post-Covid: Experts