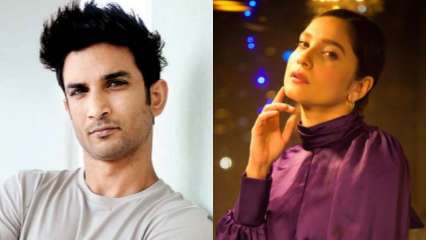 Indian film actress Ankita Lokhande on Saturday expressed gratitude to her Instagram family, which has reached a count of three million.

“#2021 I welcome you with my open heart happy new year, everyone. Cheers to 3M followers. thanku for all the love #ankitalokhande #newyear2021 #3million #congratulations,” the actress shared on her verified Instagram account.

Fans posted congratulatory messages in the comments box, though a section of netizens trolled the actress saying all her publicity was due to her ex-boyfriend Sushant Singh Rajput, the Bollywood actor who passed away in June, last year.

“Half of your followers are fans of Sushant,” commented a user.

“This has happened due to Sushant,” suggested another user.

For the unversed, Ankita had dated Sushant Singh Rajput for a few years, after meeting him on the sets of the hit TV serial, Pavitra Rishta. However, the two broke up in 2016.

Earlier too, Ankita has been trolled apparently by Sushant Singh Rajput fans who were irked when the ‘Manikarnika’ actress put up happy videos on Instagram Fans had alleged that Ankita has moved on in life and is no longer interested in justice for Sushant.

Meanwhile, days ahead of her birthday, Ankita took to her verified Instagram handle to share an over six-minute-long video of her former show Pavitra Rishta’s team paying a heartfelt musical tribute to late actor Sushant Singh Rajput at the Zee Rishtey Awards 2020.

Ankita, who played the lead role alongside Sushant in the popular television serial after which both became a household name and rose to instant fame, too paid a touching tribute to her ex-boyfriend.

The video opens with Ankita Lokhande, who is seen dressed in her ‘Pavitra Rishta’ avatar, dancing to the hit track ‘Saathiya Yeh Tune Kya Kiya’ and the serial’s theme song after which other Pavitra Rishtra cast members pay their tribute to the late star one after another in the video.

Lionel Messi equals THIS record of Pele but Barcelona held to...

Here is when BMC will decide on allowing general public to...