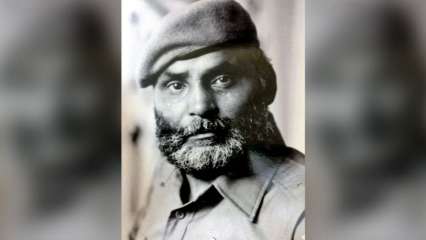 Ace mountaineer Colonel Narendra ‘Bull’ Kumar, 87, who helped India secure the Siachen Glacier, passed away on Thursday at the Army Research and Referral Hospital in New Delhi due to age-related illness.

Col Kumar, who was awarded the Kirti Chakra, Padma Shri, Arjun Award, and the McGregor medal, carried out multiple expeditions in the Siachen glacier area in the late 1970s and early 1980s. Based mainly on his reconnaissance reports, the Indian Army went ahead with the mission to occupy the Siachen heights under Operation Meghdoot.

One of the initial inputs about the Pakistani plans to annex the Siachen glacier also came to be known by the Army through the iconic mountaineer who was commissioned into the Kumaon Regiment in 1953.

“He is known to be the Siachen saviour. It was he who first detected the cartographic aggression of Pakistan in the Siachen glacier area. Rest is history,” said Lt Gen Sanjay Kulkarni (Retd).

Kulkarni was also one of the first Indian Army soldiers as a Captain to have climbed on top of the glacier along with his platoon. He was the first Indian to climb Mount Nanda Devi. He climbed Mount Everest in 1965, Mount Blanc ( highest peak in the Alps), and later Mount Kanchenchanga.

He climbed all these peaks despite losing four toes due to frostbite in earlier expeditions. In 1981, as a member of the Antarctica Task Force, he played a stellar role. He earned the nickname ‘Bull’ for relentlessly charging into everything he did.

At his funeral in Brar Square in Delhi Cantonment, his contemporaries and juniors said he was a very brave officer and was awarded the United Services Institution’s McGreogor Medal which put him in the illustrious list of explorers and surveyors.

Krushna Abhishek reveals why he refused to perform in ‘The Kapil...