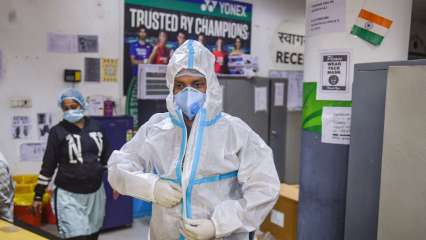 Karnataka Health Minister K. Sudhakar on Thursday said that the state Home Department will track down within a day or two all 199 missing passengers who have landed from the UK in Bengaluru since November 25.

Sudhakar told reporters that he was constantly in touch with the Additional Chief Secretary (Home) Rajneesh Goel to keep tab on the “missing” passengers.

“Of the 199 missing passengers, the police departments have been able to track and locate 24 so far. Among the 199 foreigners account for 89 hence it is becoming a bit tedious to track them down.

“However, the police are confident of locating all of them in a day or two,” he explained.

He added that tracking foreigners was difficult as they have given their home country address but not the mobile number to be used here. Hence the hindrance in tracking and locating them fast.

Sudhakar stated that seven people who returned to the state from Britain have tested positive for the new strain of Coronavirus, and all are undergoing treatment at designated hospitals.

A total of 2,500 people have come to the state from the UK since November 25 to December 22 in two flights — Air India and British Airways.

Out of these till Wednesday evening, Karnataka Health Department had conducted tests on 1,903 UK passengers and out of them 34 tested Covid positive — and of these only seven tested positive for the new strain.

While 1,599 are negative and results of over 270 is still awaited, the minister claimed.

BREAKING – South Africa vs England ODI in Paarl abandoned due...