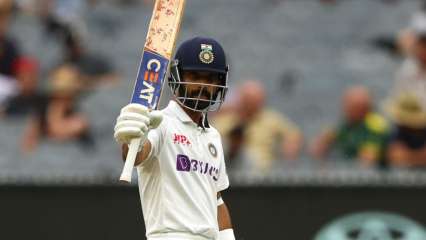 Ajinkya Rahane led from the front with a magnificent exhibition of captaincy and batting in the Boxing Day Test at the Melbourne Cricket Ground. With India missing key players in Virat Kohli and Mohammed Shami as well as having low morale on the back of being bowled out for their lowest Test total of 36 in Adelaide, the Ajinkya Rahane led Indian cricket team showed tremendous mental strength and fortitude as they won the match by eight wickets to level the series 1-1. For Ajinkya Rahane, it was a match to remember as he impressed fans and analysts with his pro-active captaincy, innovative field changes and bowling plans. With the bat, Ajinkya Rahane smashed his 12th century and helped India establish a big lead from which Australia never recovered.

Following his knock and win, Ajinkya Rahane’s name was carved on the Honours Board of the Melbourne Cricket Ground. This was the second time that Ajinkya Rahane’s name was included in the Honours Board at the MCG, having hit a century in the 2014 Melbourne Test. In that Test, Ajinkya Rahane smashed 147 and shared a 262-run stand with Virat Kohli who smashed 169. The partnership helped India draw the match but they lost the Border-Gavaskar Trophy. This was the last Test match for MS Dhoni.

After leading from the front with a fantastic ton in the Boxing Day Test against Australia, @ajinkyarahane88 has his name engraved on the MCG Honours Board for the second time.#TeamIndia #AUSvIND pic.twitter.com/z7vDe5dG4U

Ajinkya Rahane is also in the famous Lord’s Honours Board after hitting a magnificent century at the venue in 2014. On a green deck, Ajinkya Rahane smashed a magnificent ton as India managed to win a Test in Lord’s after 28 years thanks to a splendid effort from Ishant Sharma who took 7/74.

A look at the Honours Board at the G.

.@ajinkyarahane88 scored a Test century in 2014 and here he is today all set to get his name engraved again.

The Melbourne win was the third consecutive win of Ajinkya Rahane’s captaincy, having won in 2017 in Dharamshala against Australia by the same margin. In 2018, Ajinkya Rahane helped India register a win against Afghanistan in Bangalore in just two days. The four-Test series is currently tied 1-1 and India have gotten a big boost with the arrival of Rohit Sharma. The Mumbai Indians’ skipper, who missed the first two Tests and the limited overs leg due to quarantine and a hamstring injury, is in contention for the Sydney Test which will begin on January 7. India are expected to reach Sydney on January 4 as the city witnesses a sharp surge in coronavirus cases.