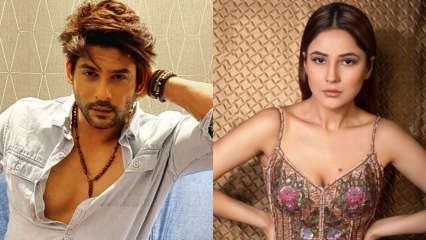 In the last couple of months, television personalities and rumoured couple Sidharth Shukla and Shehnaaz Gill have been quite open about being clicked together in public. Shehnaaz even attended Sidharth’s birthday bash at his residence, video and photos of which took the internet by storm.

Shipped #SidNaaz, on December 28, the duo left for Goa reportedly for a music video shoot.

And now, a recent video that has surfaced on the internet featuring the rumoured couple shows both Sidharth and Shehnaaz grooving to their hit track ‘Shona Shona’, which is sung by Tony Kakkar.

Having a gala time amid the stunning beaches of Goa, the duo partied hard while being joined by friends such as social media sensation Riyaz Aly.

Videos from their what seems to be a fun bash ring in the New Year in advance, have been breaking the internet. Snippets from Sidharth and Shehnaaz living it up in Goa while shaking a leg to their recently released track was shared by producer Raghav Sharma, who is reportedly producing the music track that the duo is in the state to shoot.

The romantic track is to be crooned by Shreya Ghoshal and will be released on Valentine’s Day next year.

Meanwhile, here’s a look at Shehnaaz and Sidharth‘s viral video:

Just see the initial few seconds, sid is holding her with both hands Later puts one hand on riyaz ka shoulder and the other hand free pic.twitter.com/cpEu5XmNrf

For the unversed, Sidharth Shukla and Shehnaaz Gill crossed path on controversial reality show ‘Bigg Boss 13’. While Sidharth emerged as the winner that season, Shehnaaz was declared second runner-up.

However, the chemistry that the two shared on the show and the fact that they are in touch even outside the Bigg Boss house after over a year of its culmination, has led to fans believing that the two are dating.

While that is what the fans believe, there hasn’t been any denial or confirmation from either Shehnaaz or Sidharth.