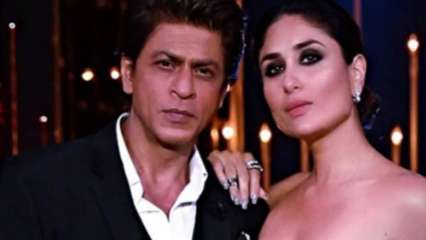 Farah Khan has shared a photo that is sure to take people down the memory lane. The picture featured younger Shah Rukh Khan, Karisma Kapoor, Tabu, Karan Johar and Farah Khan among others. Kareena was also seen before she even made her Bollywood debut.

Shah Rukh was seen smiling in a white shirt while posing towards the side of the camera, while Kareena Kapoor Khan was seen in a black t-shirt while looking directly in the camera. Tabu was posing next to Karan and Farah. In the photo, Farah seduced Karan, who closed his eyes as soon as the camera flashed.

Karisma and Kareena’s mother Babita was also seen in a rare sighting. She posed next to Karisma.

Sharing the photo, Farah wrote, “This is a throwback ka throwback photo!! I think it was post filmfare awards 1998.. @iamsrk n @therealkarismakapoor had won for #diltohpaagalhai .. @tabutiful n i had won for #viraasat .. @kareenakapoorkhan wasn’t even in the movies as yet..”

The photo was from 1998 Filmfare Awards, which took place a year after Shah Rukh-Karisma’s ‘Dil To Pagal Hai’ released. For the uninformed, Kareena made her Bollywood debut in 2000, opposite actor Abhishek Bachchan.

In the year, Shah Rukh Khan won a best actor award for ‘Dil To Pagal Hai’, while Karisma won an award for Best Supporting Actress. Tabu and Farah, on the other hand, won Best Actress Critics and Best Choreographer, respectively, for their film ‘Viraasat’.