Ajinkya Rahane’s Indian cricket team registered a magnificent win in Melbourne against Australia to level the four-Test series 1-1. The win in the Boxing Day Test in Melbourne was significant for the fact that the Indian cricket team was missing some key players and that they were low on confidence heading into the match after being blasted out for 36 in the Adelaide Pink Ball Test. Despite overcoming the odds of missing key players and being low on confidence, Ajinkya Rahane’s calm captaincy ensured the ghosts of Adelaide would be buried in a spectacular display of batting, captaincy and bowling. So, what did Ajinkya Rahane and the Indian cricket team do which resulted in their spectacular overhaul of their mindset following Adelaide? Here are the key factors.

Ajinkya Rahane had already sprung a surprise by getting two spinners in the Test at the MCG. Jasprit Bumrah had already created an opening when Joe Burns was dismissed for 0. Matthew Wade looked to counterattack but India sprung a surprise when Ravichandran Ashwin came on to bowl as early as the 11th over. In Australian conditions, getting a spinner this early was rare. Ashwin immediately rewarded Rahane with the wicket of Wade who played an ungainly shot to be out for 30.

In Adelaide, Steve Smith was undone by a straight ball from Ravichandran Ashwin. In Melbourne, he fell to the leg side trap. From watching Steve Smith in 2014 as well as his stint in possibly Rajasthan Royals, Ajinkya Rahane noticed the potential Achilles heel in Steve Smith’s technique. That was the reason he kept leg slip in place. Ashwin bowled the offbreak and Smith turned it to the leg side only to find the fielder there. The wicket of Smith for 0 was the body blow to Australia’s morale.

The leg side trap

In Melbourne 2018, Virat Kohli and Cheteshwar Pujara fell to an unconventional field set-up where backward square leg was in. In 2020, Ajinkya Rahane carried that observation at a crucial time. Rahane kept Shubman Gill at short backward square leg. Mohammed Siraj bowled a full ball on the pads and Marnus Labuschagne, who was nearing fifty, flicked a ball uppishly to that same fielder and the catch was taken.

Australia were aiming to scuttle India out cheaply as well and at 64/3, the game was evenly poised. That was when the calm and poise of Rahane shone through. The captain shared a 52-run stand with Hanuma Vihari, a 59-run stand with Rishabh Pant and a 121-run stand with Ravindra Jadeja. It was the attack and counterattack method which helped India establish a lead of over 100, which was too much on this deck 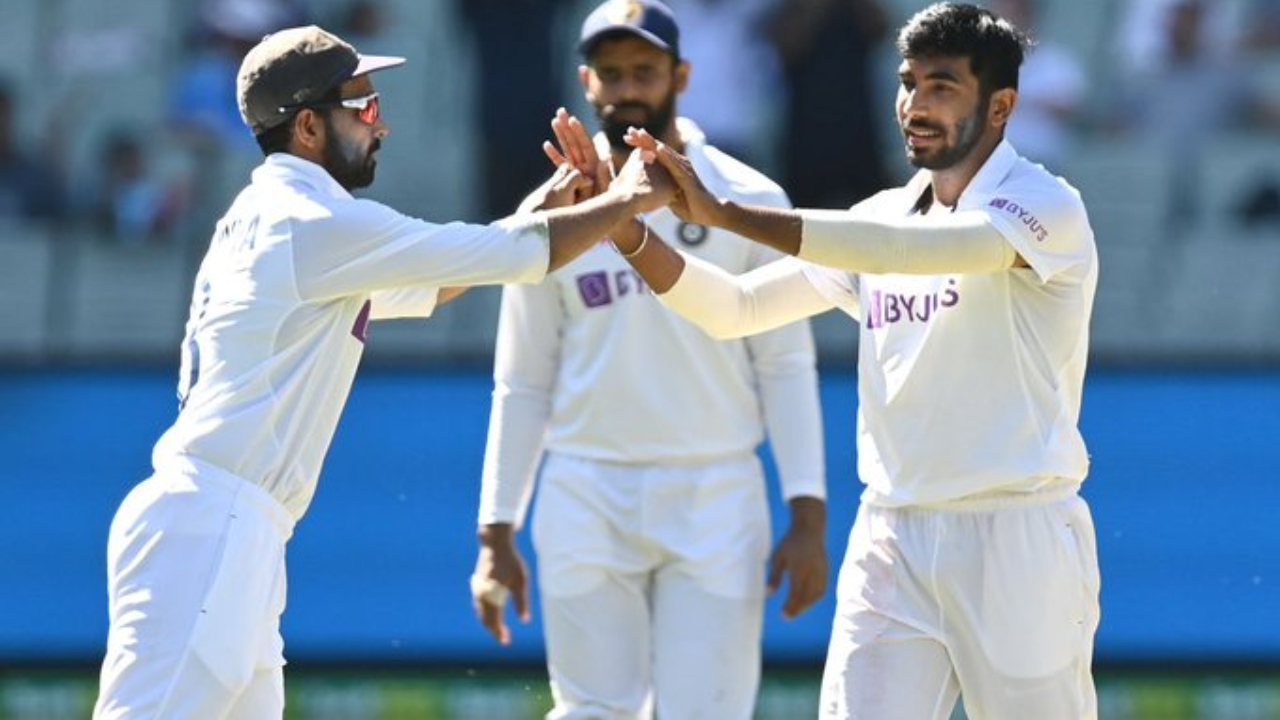 Bumrah the leader of the attack

It was fitting that Jasprit Bumrah would demonstrate his leadership skills on a wicket where he had historic success in 2018. At any given point in time, Bumrah struck either with the old ball or the new ball. Bumrah was the gun which broke the partnership. Bumrah produced tremendous seam and bounce, something which the Australian bowlers could not. High quality swing and seam, as well as spin, are two of Australia’s weaknesses and Bumrah utilized it brilliantly. His six wickets in Melbourne, especially the breaking of the 86-run stand in the first innings that might have given Australia momentum was crucial.

Depth in bowling and batting

In Melbourne, India showed more depth than Australia in both bowling and batting. This is why Ravindra Jadeja was the X-factor. His presence made up for Umesh Yadav’s injury. On top of that, his brilliance in the field as well as the partnership with Rahane ensured that India always dictated terms to Australia.

Ajinkya Rahane’s captaincy has been debated at length as to how proactive it was. However, there were two moments which showed that India were not going to be bogged down. Before the match, his quote that only one hour was responsible in a game which India dominated for two days played a vital role in calming things down. In the partnership with Jadeja, when he was run-out due to a mix-up, Jadeja was devastated. However, Rahane went up and assured that things are alright and the job was done. This gesture went a long way in assuring that the Indian cricket team was strong mentally. It was in complete contrast to Adelaide, when Rahane’s run-out of Virat Kohli saw India collapse.