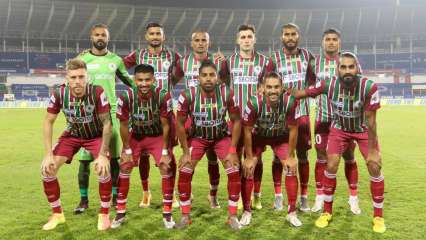 Chennaiyin FC’s pursuit to enter the top four in the Indian Super League (ISL) continues as they face ATK Mohun Bagan on Tuesday.

Csaba Laszlo’s men in ISL 2020-21 so far have won just two games, drawn thrice, and lost on two occasions. The forwards have been average which has pushed the side to the 7th spot in the ISL standings.

As for ATK Mohun Bagan, they have been defensive and remain one of the most economic sides in the league. They are placed 2nd in the ISL standings with 5 wins, 1 draw, and 1 loss so far.

The match will be played on December 29, 2020, Tuesday. It will start at 7:30 PM at Goa Medical College Ground in Bambolim. The match can be viewed on Star Sports Network, while the live streaming is available via Hotstar and Jio TV.