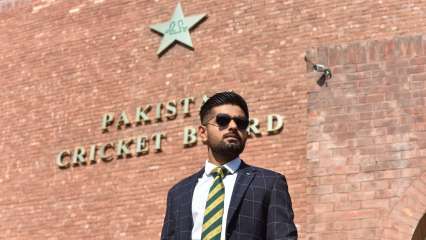 The announcement of the Teams of the Decade by the International Cricket Council (ICC) for Men and Women in all the formats have met with mixed reactions as far as the choice of certain players is concerned.

The outrage was severe regarding one such player, Pakistan’s current all-format captain Babar Azam. Many users on social media felt that Babar should have been included in the T20I team of the year given his consistency and the number of runs he has scored in the last few years.

Not just Babar, not a single player from Pakistan could find a place in any of the Men’s Teams of the Decade, which brought further criticism of the ICC and the criteria of selection.

Since it was the team of the decade, some of the users felt that his ouster was justifiable since he has played in only 5 of the 10 years of the decade, while most of the selected ones have played for more duration of time than Babar.

Some of the users even compared Babar’s statistics with that of South Africa’s maestro AB de Villiers, who was selected in the XI, where apart from the strike-rate, Babar beat De Villiers in every department very comprehensively. Many users also felt that the team was an IPL XI rather than a World T20I XI, since they felt that players like Dawid Malan, Shaheen Afridi, Brendon McCullum were missing from the line-ups.

Is this fair enough to select #AbdeVilliers in ICC T20I team of the Decade instead of #BabarAzam after these stats?#ICCAwards pic.twitter.com/NAPBEHDyHg

I believe that ICC stands for *Indian cricket council* rather than international cricket soul. Here are the stats of our legendary batsman and world class batsman. #ICCAwards#BabarAzam #ICCAwards pic.twitter.com/IbiHd4s1VL

Babar azam 68% of his T20I runs and 11 out of 16 fifties are in winning cause #ICCTeamOfDecade #ICCAwards pic.twitter.com/Rf8WaNNcMB