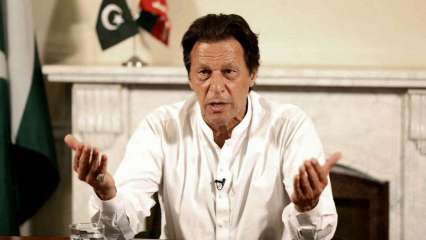 The world very recently witnessed the rigging of elections in Gilgit-Baltistan (G-B) by Imran Khan’s PTI with the support of Pakistani Army after the unilateral move of declaring G-B as the ‘provisional province’ of Pakistan. Turning eyes from ongoing protests in G-B, Pakistani government has now started to make preparations for rigging the elections in Pakistan occupied Jammu and Kashmir (PoJK), to be held early next year.

The first jolt to the electoral system of the region has been made at the institutional level. The government recently introduced The Azad Jammu and Kashmir Elections Act 2020 amidst intense protests by rights groups and activists working for liberation of PoJK from the Pakistani government. The Act imposes blanket restrictions on dissidents who wish to contest elections at multiple levels and allows only those who pledge to conform with dominant notions of Pakistani government and pledge allegiance to Pakistan and support its occupation of PoJK.

The Azad Jammu and Kashmir Elections Act 2020 makes it mandatory for all the political parties of PoJK to declare that they believe in the ideology of Pakistan’s accession of PoJK. Article 126 of the Act provides, “(1) No political party shall be formed with the object of propagating any opinion or acting in any manner prejudicial to the Islamic Ideology or Ideology of State’s Accession to Pakistan or the sovereignty and Integrity of Pakistan or Security of Azad Jammu and Kashmir or Pakistan or morality,or the maintenance of public order.” Any political party that pledges to work for autonomy or independence of PoJK are not at all allowed to form political parties in the first place.

On basis of the Act, the Election Commission of PoJK has also notified new executive rules titled ‘The Azad jammu and Kashmir Election Rules 2020’, under which it sets pre-conditions for nominated members for elections, especially women, to believe in ‘ideology of the State’s accession to Pakistan’. Clause 77(2)(c) of the new rules states, “he (contender/nominated person) believes in the ideology of the State’s accession to Pakistan and that he does not suffer from any disqualification.”

As per the reports from the Pakistani media, PoJK President Sardar Masood Khan plans to resign from his post to run for upcoming elections as he must quit the Presidentship before the completion of his tenure to be eligible for contesting the legislative elections, as per Pakistani laws.However, to get elected in the legislative elections or later to run for the post of President once again, he would require to make several conservative pledges and consent to Pakistan’s accession of PoJK.Article 94 of the Rules also makes it mandatory for all the elected representatives contesting for the post of President that “he consents to his nomination and believes in the ideology of Pakistan and the ideology of the State’s accession to Pakistan and that he does not suffer from any disqualification’. Hence, anybody working for the independence of Kashmir is already barred from contesting elections in PoJK to get elected as representatives or as President.

The new rules also make it mandatory for the Presidential candidates/nominees to sign a declaration consenting – “I  am a Muslim and believe in the Unity and One-ness of Almighty Allah His angles, the Books of Allah, the Holy Quran being the last of them, His Prophets, the absolute finality of the Prophet hood of Mohammad (peace be upon him),the Day of Judgment, and all the requirements and teachings of the Holy Quran and Sunnah and that I am not the follower and one who claims to be a Prophet in any sense of the word or of any description, whatsoever, after Prophet (peace be upon him) and that I do not recognize such a claimant to be a prophet or a religious reformer nor do I belong to the Qadiani or Lahori Group or call myself as Ahmad”. The proviso highlights that the Pakistani regime bars all other communities and sects besides dominant Sunni Muslims from getting elected as the President of PoJK.

The gradual overthrow of democracy in PoJK has been a slow process that ensured the federal stronghold from Islamabad is achieved via enforcement of certain legal provisions regarding religious choices and the enactment of new election Act and Rules. The enactment of the election Act in PoJK, after rigging of elections in G-B has triggered dissent and unrest in the already oppressed residents of PoJK.

On 24th September 2020, PoJK rights activist Muhammad Sajjad Raja exposed the draconian provisions of the 2020 Act in front of the whole world. Raja informed the UNHRC that the Act has taken away all the civil, constitutional, and political rights from the Kashmiris in their homeland. Any activity protesting the illegal occupation by Pakistan has been declared as an anti-national act, thus curbing the legitimate dissent with an iron fist in the region. He further mentioned that the seizure of all the political rights from Kashmiris has rendered them helpless in front of the Pakistan army’s policy of enforced disappearance and killings.

The United States based non-profit organisation Freedom House, in one of its report on PoJK, has highlighted the role of Pakistan government in the direct and indirect control of the executive functions and the governance of PoJK and G-B regions.It also highlighted that the Chief Election Commissioner is appointed by the members of the PoJK Council to ensure that he is a loyalists of the Pakistani government.

However , it would be interesting to see whether separatist leaders and organizations of PoJK keep voicing their demand for liberation of PoJK and oppose the new act or pledge allegiance to Pakistan and accept its accession of PoJK to get elected in the assembly and bag facilities and other plum posts.