Bollywood actor Sonu Sood, who has been a ray of hope for thousands across the country during the coronavirus-induced lockdown and even beyond it after guidelines were put in place and lockdown lifted, recently surprised a fan by visiting his roadside food stall, on Friday.

The ‘Dabangg’ star who is referred to as one of the most humble celebrities in Bollywood, one who hs launched several initiatives in the last one year to help the needy and poor, spoke to ANI about his surprise and said, “I had seen the stall set up by Anil on social media. I felt to personally taste the food at this stall. Today I got a chance to visit and I ate egg fried rice and manchurian here.”

Anil, the stall owner was surprised to see Sood visit his stall for real. He praised the actor for the work he has been doing, trying to help the poor and those in need. 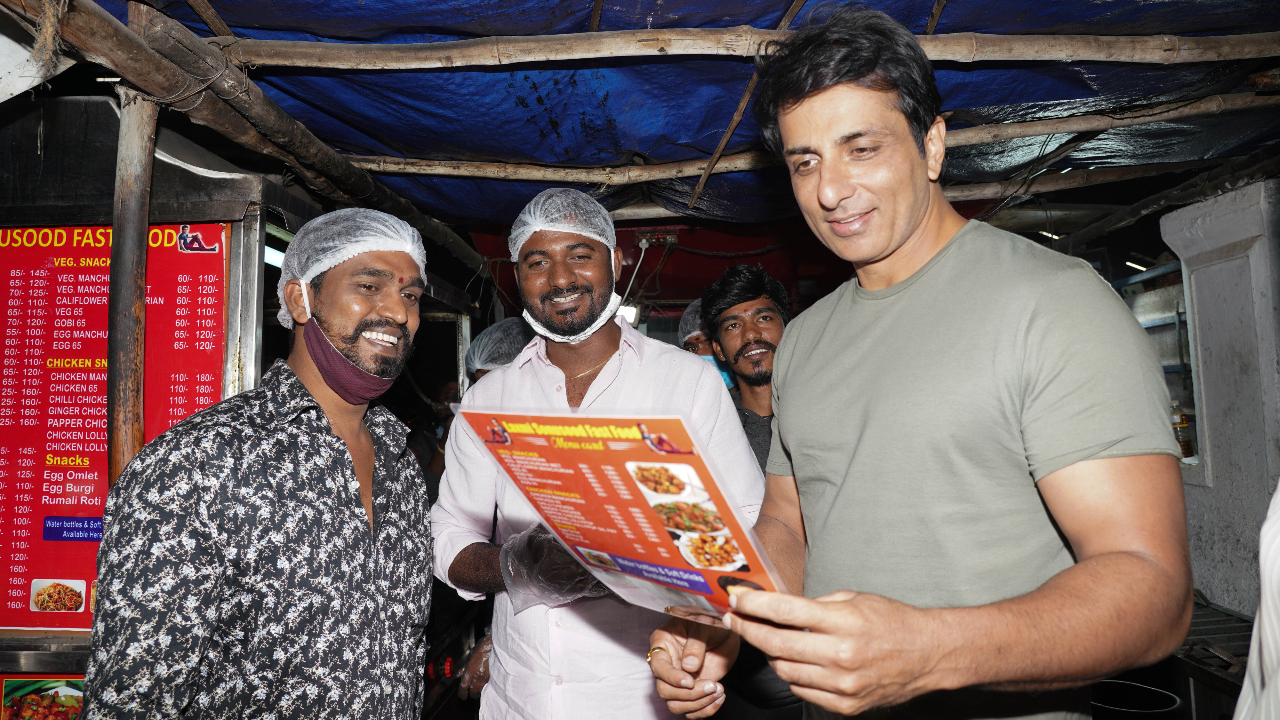 (Sonu Sood looks at a food menu at the roadside food stall built by a fan in the actor’s name | Photo credit: Kamlesh Nand)

“I was really inspired by the social work and service done by Sonu Sood, that is the reason and with that inspiration, I set up this Sonu Sood Fastfood Stall,” Anil told ANI. 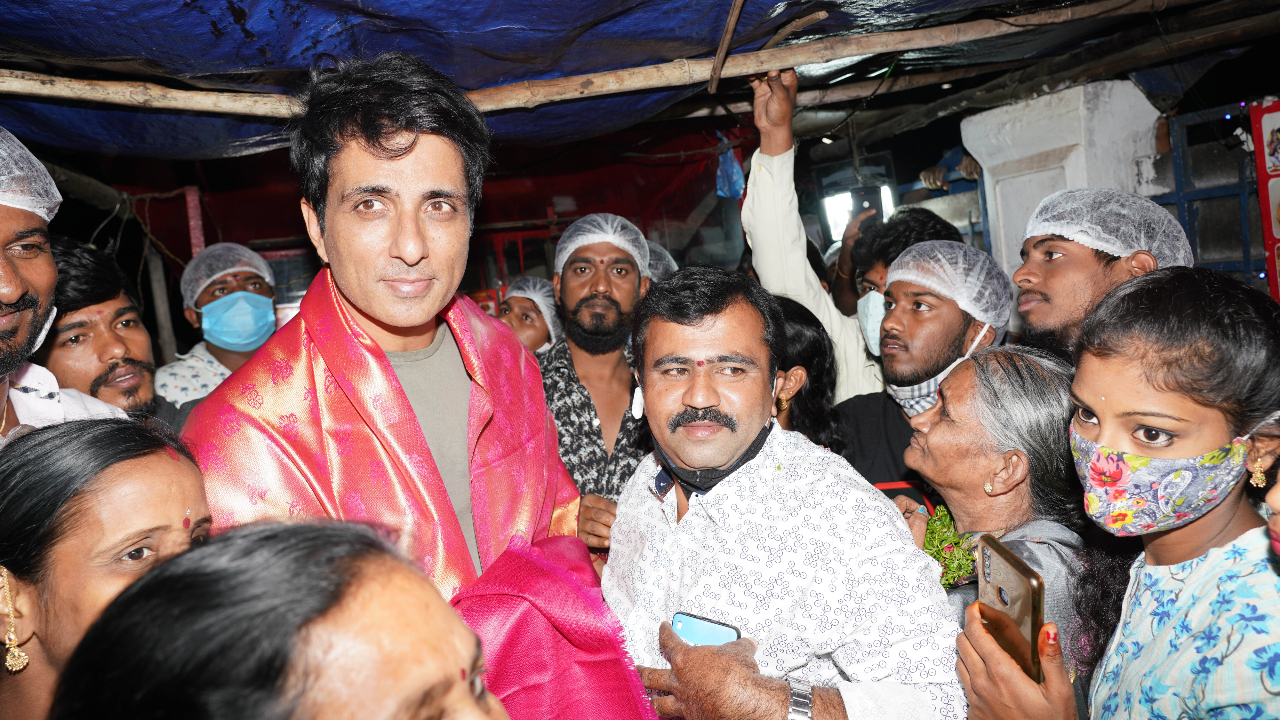 (Sonu Sood receives a warm welcome, fans throng him, honour him at the food stall he visited in Hyderabad | Photo credit: Kamlesh Nand) 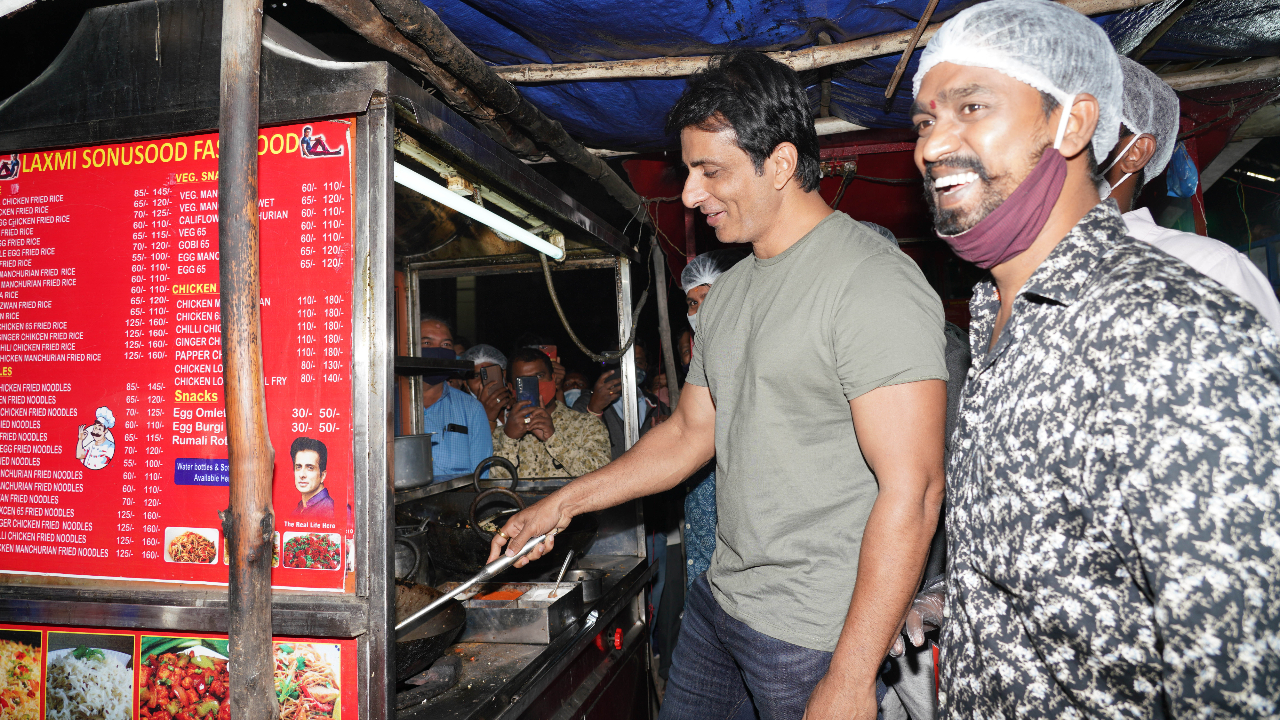 The actor who is known for his involvement in helping the needy through his free service foundation recently was honoured with a statue of him in a temple by a local citizen in Siddipet.

Overwhelmed about the same, Sood said, “I thank people in Siddipet. I feel happy that people have shown so much love. I would definitely visit the village in Siddipet. I am a very common man, not a temple but love must be maintained by people.”

Speaking about his autobiography titled ‘I am no Messiah’, Sood told that the book will be all about the stories of inspiration and people whom he could successfully send back home during the pandemic.

Earlier, during Durga Puja celebrations, one of the pandals had a life-size statue of the star made in order to show their respect for his selfless work during these tough times.