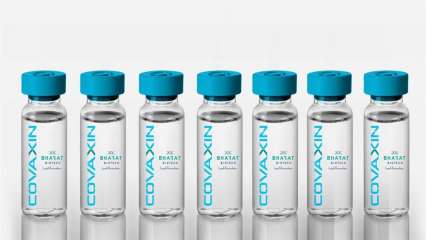 The second dose of Covaxin developed by Bharat Biotech in collaboration with Indian Council of Medical Research (ICMR), will start from Saturday (December 26) at People’s College of Medical Sciences and Research Centre (PCMS). Over 1,700 volunteers were given the first dose in the first phase.

“In first phase of the trial, everything was smooth going and we hope in the second phase it will also be smooth going. It will start from December 26,” PCMS Dr Gomastha Raghvendra said.

Bharat Biotech has been given permission for conducting phase-3 human clinical trials of Covaxin from Drugs Controller General of India (DCGI). As per the medical experts, pregnant women and people below 18 years of age were not allowed for the trial. It is the phase-three randomised double-blind placebo-controlled multi-centre trial.

“Second phase trial for Covaxin will start from Saturday. Over 1700 volunteers have been given dose in first phase and all will be given the second dose,” PCMS and Research Centre dean Dr Anil Kumar Dixit said.

After getting the green signal, the process of trial of volunteers started for Bharat Biotech’s Covaxin. The volunteers were counselled first, followed by medical tests. And after all reported normal, they were given the first dose of the vaccine.

After that, they were monitored for 28 days and then they are being subjected to the second dose. In the next step, they will be observed for six months after giving both the doses.

The central government on Friday said that it has planned a dry run for administration of the COVID-19 vaccine in Andhra Pradesh, Assam, Gujarat and Punjab next week as a step to prep up before the actual thing takes off.

“This exercise will enable end-to-end mobilisation and testing of COVID-19 vaccination process and check the usage of Co-WIN in field environment,” the ministry said in a statement.