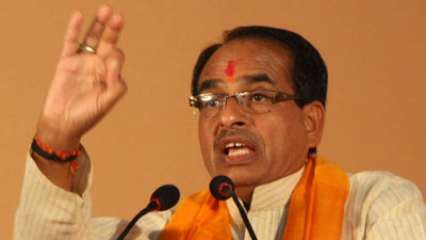 The Madhya Pradesh cabinet on Saturday approved the Religious Freedom Bill 2020, state Home Minister Narottam Mishra said. After the approval by the cabinet, the bill will now be presented in the state Assembly.

The bill provides for prison term of up to 10 years and fine of Rs 1 lakh for conversion through marriage or by any other fraudulent means.

“Under the new Bill, forcing religious conversion on someone will attract 1-5 yrs of imprisonment and a minimum Rs 25,000 fine,” Madhya Pradesh Home Minister Narottam Mishra was quoted by ANI.

“Under the new MP Freedom of Religion Bill 2020, forced conversion of a minor, woman or a person from Scheduled Caste or Scheduled Tribe, would draw a minimum jail term of 2-10 years with a minimum penalty of Rs 50,000,” Mishra said.

Once enforced, this will be the most stringent law in the country against religious conversion carried out by fraudulent means, allurement or threat, Mishra claimed.

With this development, Madhya Pradesh has become the third BJP-ruled state to clear the anti-conversion Jihad bill after Uttar Pradesh and Himachal Pradesh.

“This bill will replace the Religious Freedom Act of 1968 (after the approval by the state Assembly),” he said.

Any marriage solemnized only for the purpose of converting a person will be considered null and void under the provisions of this proposed legislation, he said.

A provision is also being made that those willing to convert need to apply before the district administration two months prior, Mishra said.

In November, the Uttar Pradesh government approved a draft ordinance to curb forced religious conversions, including those for the sake of marriages between two communities.

Under the new law, a marriage will be declared null and void if the conversion of a woman is solely for a purpose. The state government said the law aims to prohibit religious conversion done using dishonest means like false representation, through force, influence, torture, allurement or for the sake of marriage.