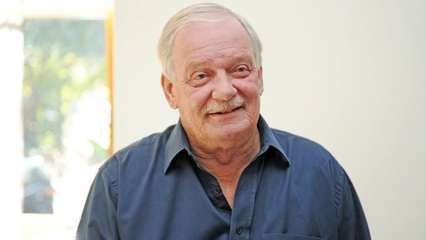 Robin Jackman had a long association with South Africa, playing domestic cricket for Western Province for 11 seasons as well as for Rhodesia. That brought him in trouble in the series against West Indies as the Guyana government flatly refused to give Robin Jackman a visa for his connections with Apartheid South Africa. With the England cricket board not yielding to political pressure, the game in Bourda Oval, Georgetown was cancelled and the venue was shifted to Barbados. England lost the series against an all-powerful West Indies line-up.

Robin Jackman took 1402 wickets in first-class cricket and his selection into the England cricket team came came on the back of a brilliant season for Surrey in which he took 121 wickets in the County championship. Surrey finished second to Middlesex in that season and it was a promising start to a career that did not live up to the international potential.

However, in 2012, Robin Jackman was diagnosed with throat cancer. He underwent two operations to remove malignant tumours in his vocal chords but unfortunately, on Christmas Day 2020, Robin Jackman died. Rest in Peace, Robin Jackman. Your commentary will be sorely missed.

‘India don’t want to go to Gabba as no opposition wins...