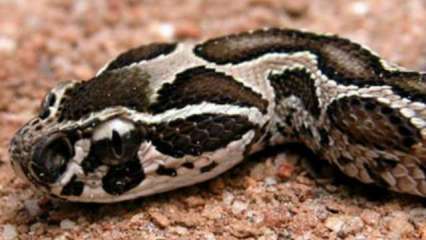 A family from Agra had an unexpected passenger in their car on Thursday morning. A four-feet long Indian rock python stuck in the bonnet of a hatchback car was rescued by the Wildlife SOS Rapid Response Unit from L.I.C Colony here. The reptile was later released in a safe habitat.

A family residing in L.I.C Colony was shocked to find themselves in close quarters with a snake. The python was spotted stuck between the narrow spaces in the bonnet of a Hyundai Hatchback.

The family immediately contacted the Wildlife SOS team, requesting their assistance. Soon after that a two-member team reached the spot and managed to carefully extricate the snake from the car’s bonnet.

Gurmeet Singh Sodhi, the person who called the Wildlife SOS, said, “We were horrified at the sight of the python getting stuck in such a narrow space of a car. We are grateful to the Wildlife SOS team who arrived promptly and carried out the rescue operation quite efficiently.”

Kartick Satyanarayan, CEO & Co-founder of Wildlife SOS, said, “Incidents such as this have been the driving force behind the establishment of the Wildlife SOS Rapid Response Unit. Our goal is to alleviate common misconceptions about reptiles and sensitize people to these incredible animals, using education, awareness and positive intervention to help mitigate human-reptile conflict.”

Baiju Raj M,V, Director Conservation Projects for Wildlife SOS, said, “As the temperature drops, these snake snakes seek shelter in urban places. When handling such sensitive rescue operations, it is important for professional rescuers to step in. Our team works round-the-clock to ensure no call for aid goes unanswered.”