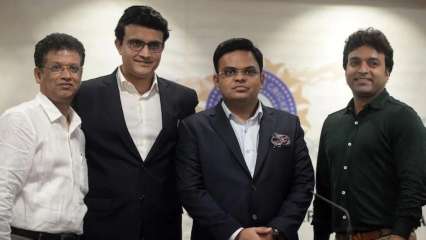 The BCCI AGM on Thursday proved to be an eventful one, with several key decisions being taken place and a number of other matters will be decided upon in the near future.

As reported earlier, the BCCI has decided to add two more teams in the Indian Premier League (IPL) from the 2022 edition and the IPL Governing Council has been asked to take cognisance of it and workout on the modalities of it.

After being nominated by the ICA (Indian Cricketers Association), former Indian left-arm spinner Pragyan Ojha was inducted into the IPL Governing Council.

The board also announced the appointment of Rajeev Shukla as the Vice-President of the BCCI and re-election of Brijesh Patel and K M Majumdar as the representatives of the IPL Governing Council unanimously by the BCCI’s General Body.

The BCCI has also put forth and approved the addition of four more National Cricket Academy facilities (NCA) zone-wise to ease the accessibility of the players to avail it across the country.

The BCCI although giving its nod, has asked for further clarifications from the ICC on the inclusion of T20 Cricket from 2028 Los Angeles Olympics. The Women’s cricket, on the other hand, will be played at the 2022 Commonwealth Games in Birmingham.

And most importantly, the BCCI has also decided to compensate the domestic men and women players, those who have suffered due to the curtailed domestic season owing to the delays and cancellations by COVID-19 pandemic.