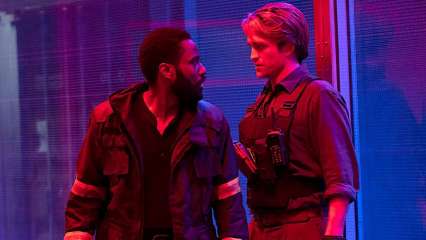 According to #ShowOffTheYear2020 report by BookMyShow, cinemas have sold an estimated seven lakh tickets since reopening after the Covid-induced lockdown.

There has been a steady increase in screens across cinemas pan-India, with 2800 screens operational at the moment. Tenet remains the most-watched film having sold three lakh tickets. The data is for sales from October 16 to December 18.

Dracula Sir was the first new film to release post the lockdown, during Dussehra.

In terms of the in-home virtual entertainment, 2,33,219 consumers registered and bought tickets to watch virtual events. Sports (cricket), Music shows, Workshops, Performances (acts such as circus), Comedy, and Online Games emerged as the Most Popular Genres. The data is from April 1 till December 18.

Some of the Top Performing Artistes included Ajay Devgn, Saif Ali Khan, Tabu, Allu Arjun and Mahesh Babu. Telugu films grew 215 per cent in the January-March 2020 period when compared to the same quarter in 2019, growing the most amongst regional cinema.

Baaghi 3 was the last film in theatres with 35 per cent watching the movie before the curtains were temporarily brought down on theatres in India. The pre-lockdown days data is from December 1, “019 till March 2020.

“While a complete return to out-of-home entertainment will probably take a few more months, we foresee the future of entertainment to remain strong as people love to socialise and get out. However, we think there is an opportunity for a hybrid model where both out-of-home and a live experience on-ground may co-exist,” said Ashish Hemrajani from BookMyShow.

Shaheer Sheikh once again twins with wife Ruchikaa Kapoor on their...