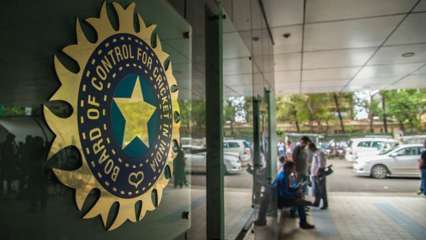 The Board of Control for Cricket in India (BCCI) GM KVP Rao has been asked to leave and Rao thanked the board for giving him an opportunity to contribute to the gentleman’s game in the country. He also said that it was the best day of his life as the termination will provide him ample opportunities to further his professional skills elsewhere. In a mail sent to state associations, accessed by ANI, Rao wrote: “This mail is to inform you all that BCCI has decided to terminate my employment on 22nd Dec 2020, the best day of my life as this termination will provide me ample opportunities to further my professional skills elsewhere.”

He further wrote how he had always tried to be honest to the job handed to him. “I tried to be very honest with my work and feel proud that I could contribute, whatever little way, in managing the assignments that were given to me by the BCCI, which includes two ICC World Cups hosted by India in 2013 (Women`s World Cup) and 2016 (ICC T20 World Cup Men and Women) as Tournament Operations Manager. Needless to mention that both the events have been conducted very successfully and professionally. I have learnt a lot during these 10 years which will serve me well in future,” he said.

The BCCI AGM is currently underway in Ahmedabad and there are some key points of discussion for the BCCI with regards to IPL 2021 and the major ICC events that will take place in India in 2021. The ICC World T20 will be held in India in 2021 but that is subject to whether the coronavirus pandemic is under control. However, the major point of contention will be whether IPL 2021 will have 10 teams or will it stay with the traditional format of eight teams with the current knockout situation. However, according to a report in PTI, the BCCI is not too keen for 10 teams in 2021 and they might give approval for the mega-auction and 10 teams for IPL 2022. The major reason could be the current economic downturn in India due to the coronavirus pandemic.

“At this point, the 10-team IPL, if BCCI intends to conduct it in 2021, will be a hurried one given that the tendering process and a mega auction will be difficult to organise in such a short span of time. It is only fair that the approval is taken and the big 94 match tournament is held in 2022,” a senior BCCI official told PTI.

Drew Barrymore reveals she once got stood up while using a...