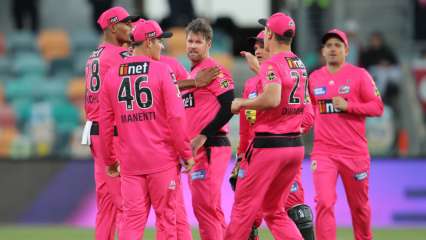 As part of stricter COVID-19 protocols, Big Bash League (BBL) players are no longer allowed to have haircuts and this change has been issued in the wake of a fresh outbreak in Sydney.

As per the protocols, David Warner and Sean Abbott have been barred from re-joining their Australian teammates ahead of the Boxing Day Test against India.

The Sydney Morning Herald reported that the duo was barred in order to not jeopardise the ongoing Test series. “The governing body has also increased restrictions for BBL players, conscious of walking the tightrope that is playing a full domestic and international summer while dealing with the challenges of COVID-19 and in particular the recent NSW outbreak which has imperilled Sydney’s hopes of hosting the third Test as planned,” the report read.

According to CA, Queensland hub protocols document on December 21, personal appointments such as haircuts are no longer allowed.

“This contrasts with an earlier version of the protocols from December 1, when such appointments were permitted provided that face masks be worn when inside,” it read.

Other restrictions include a ban on eating out either indoors or outdoors. “Players and staff can still pick up take away food if it is pre-ordered but they must not wear their team uniform when doing so,” the report read.

As for BBL matches, it started in Tasmania and Canberra, with five clubs flying from Hobart to Brisbane earlier this week on a chartered flight. All franchises are living in a bio-secure environment in Brisbane and the Gold Coast.

‘It was just a one bad hour in Adelaide’, says captain...