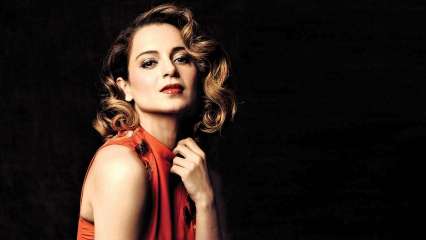 Actress Kangana Ranaut is once again at the receiving end of social media hate after the ‘Panga’ star put up a photo sporting a bikini on her Twitter handle.

Reacting to the trolls and slamming social media users for posting nasty comments on her photo, Kangana took to the micro-blogging site andshared another photo of herself, a selfie, and captioned it in Hindi, asking netizens to stop giving her a lecture on Dharma and Sanatan and not to pretend to be the final authority when it comes to religion. She added that netizens should not be moral policing.

Kangana wrote, “After seeing my bikini picture, some people are giving me a lecture on Dharma and Sanatan. Well, what will happen to you if see Goddess Bhairavi come at you with her hair loose, without clothes, drinking blood? You will be scared. And call yourself a devotee? Don’t pretend to be an authority on religion…. Jai Shri Ram.”

Earlier in the day, the actress treated her fans to a steamy throwback picture from her Mexico trip that captures her from the back as she enjoys the picturesque view of the beach. The 33-year-old actor is seen seated facing the sea while the camera captures her from her back at Mexico’s Tulum.

In the photo, Kangana sports a tiny bikini and has left her curly hair open.

“Good morning friends, one of the most exciting places that I visited in my life is Mexico, beautiful but an unpredictable place, here’s a picture from Tulum a little island in Mexico,” she wrote alongside the image, which currently has thousands of likes on the photo-sharing website Instagram and the actress’s Twitter handle.

Good morning friends, one of the most exciting places that I visited in my life is Mexico, beautiful but an unpredictable place, here’s a picture from Tulum a little island in Mexico  pic.twitter.com/8b0M7ymMiX

Kangana is currently gearing up for ‘Thalaivi’, the upcoming bilingual biopic of late Jayalalithaa in Hindi and Tamil.

The film will trace the journey of the late leader from silver screen to politics. It is directed by AL Vijay, and also stars Arvind Swami, Prakash Raj, Madhoo and Bhagyashree.