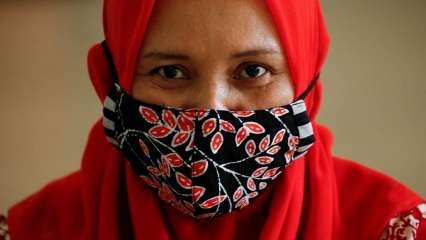 A very unique challenge that the coronavirus crisis has presented is the identification of people wearing masks in the first look. A recent study by researchers from Israel and Canada have studied the detailed impact of face masks and how they disrupt facial perception.

The researchers from Ben-Gurion University of the Negev (BGU) in Israel and York University in Canada revealed how the masks interfere with activities of daily living.

Their findings were published in the journal Scientific Reports which states that the ability to recognize people (specifically whom you know by face) has brought up a new challenge of recognition in this pandemic.

“For those of you who don’t always recognize a friend or acquaintance wearing a mask, you are not alone,” researchers Prof Tzvi Ganel from the BGU Department of Psychology and Prof Erez Freud, who earned his PhD at BGU and is now a faculty member at York University in Toronto, Ontario, said.

In the study, the researchers noted that they have found an immense impact of this predicament and its serious consequence which is affecting more and more people. “Faces are one of the most informative visual phenomena in humans and play a vital role in communication and daily interaction in society,” the researchers observed.

The researchers noted that “the unprecedented effort to minimize Covid-19 transmission has created a new dimension in facial recognition due to mask-wearing.”

To study the effects of face masks, the two researchers conducted a test on a large group of around 500 masked and unmasked faces using a modified version of the Cambridge face memory test. Used to assess recognition and facial perception, the test was conducted online.

Results showed that the success rate of identifying someone wearing a mask reduced by 15%.

“However daily life activities, social interaction and education could have a serious effect on this new circumstances we are dealing with”, Ganel says.

The research team also found that masks specifically interfered with extracting a holistic impression of faces and led to feature-by-feature processing which is a less accurate and more time-consuming strategy.

“Instead of looking at the entire face, we’re now forced to look at eyes, nose, cheeks, and other visible elements separately to construct an entire facial face percept – which we used to do instantly,” the researchers say.

It was also observed that wearing masks has rapidly become a norm across every nation around the globe, so there should be future research on exploring the social and psychological impacts of wearing masks on human behaviour.

This research & study was funded by the Canada First Research Excellence Fund, and by the Natural Science and Engineering Research Council Of Canda supported by the Isreal Science Foundation and by the vision to the Application program.

Ready to restart talks but Govt must stop defaming us, say...