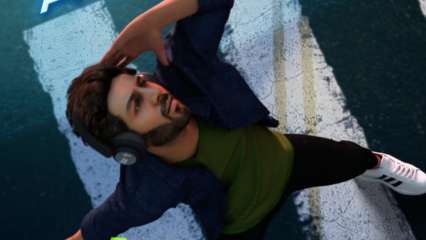 Kartik Aaryan is all set to make his music video debut. A few days back, the actor’s augmented-reality version was installed on the streets in Mumbai. The actor released a small glimpse of his next venture and gets us amazed. It’s his first-ever music video and its something new and never done before even on the music-scenario. In the digital version that is seen in the teaser, the actor has struck a cool dance pose.

Check out the video below:

The video is conceptualized and directed by Om Raut and backed by music mogul Bhushan Kumar. While several music videos have been launched in recent years, but this is something we’ve not seen before. Kartik Aaryan opts for a trendy and an uber-cool concept to make his debut in the music-video world.

Meanwhile, on the work front, Kartik has kickstarted the shoot of his forthcoming film titled Dhamaka. In the film, the actor plays the role of a journalist and the premise is based out of Mumbai. Dhamaka is directed by Ram Madhvani.

In a statement, Kartik had said, “This for me is a miracle script and had me on the edge of my seat all through the narration. I knew this is the script that would give me the opportunity to explore a different side of me as an actor. I can’t wait to transport myself to Ram sir’s world and see his vision translate on the big screen. This is also the first time I am collaborating with Ronnie and RSVP, and I am looking forward to this journey.”