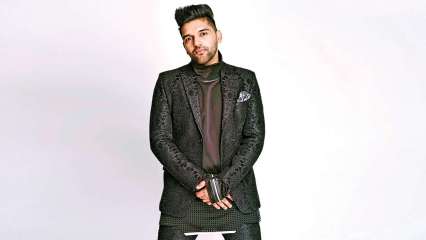 Singer Guru Randhawa along with several other known personalities such as rapper Badshah, Hrithik Roshan’s ex-wife Sussanne Khan and cricketer Suresh Raina among others on Monday was booked for violating COVID-19 norms when the Mumbai Police raided Dragonfly club and then later released on bail.

Now, in a statement, the singer has expressed regret over the “unintentional incident” and claimed that he wasn’t aware of the night curfew put in place by the local authorities. In the statement, Guru, however, added that as soon as the guidelines and protocols were laid out by the government officials, he conformed to them all.

In the statement, Guru further added that he will henceforth “comply with government guidelines and protocols by taking all precautionary measures in the future”.

Here is Guru Randhawa’s full statement as shared by his team:

“Guru Randhawa, who had stepped out for dinner with close friends before returning back to Delhi the same morning, deeply regrets the unintentional incident that occurred last night. Unfortunately, he was not aware of local authorities decision of night curfew but instantly conformed to all rules laid out by the government officials. He promises to compile with government guidelines and protocols by taking all precautionary measures in the future. By far, he has been a law-abiding citizen and will continue to do so in the future as well.”

Earlier, in a statement released by Suresh Raina and his media team, the cricketer said, “Suresh was invited by a friend for a quick dinner post the same prior to him taking his flight back to Delhi. He was not aware of the local timings and protocols. Once pointed out, he immediately complied with the procedures laid out by the authorities and regrets the unfortunate and unintentional incident. He always holds rules and laws laid down by governing bodies with the highest regard and will continue to do so in the future as well.”

According to media reports, the Mumbai Police raided the Dragonfly club in JW Marriott hotel in Andheri around 2:30 AM. Apart from Suresh Raina and Guru Randhawa, Sussanne Khan was also arrested but later on released on bail. According to reports, Mumbai Police issued an official statement which says that an “offence has been registered u/s 188, 269, 34 IPC and u/s 51 NDMA against 34 persons at Sahar police station after raid was conducted at 2.50 AM at Dragonfly pub, for keeping establishment open beyond the permissible time limit, not following Covid norms such as social distancing, not wearing face mask.”

The move comes at a time when the Maharashtra government has tightened the norms for coronavirus until January 5. A night curfew has been imposed from 11 PM to 6 AM while flight travel from the UK has been suspended until December 31 following the new mutant strain of the coronavirus that has gone out of control.