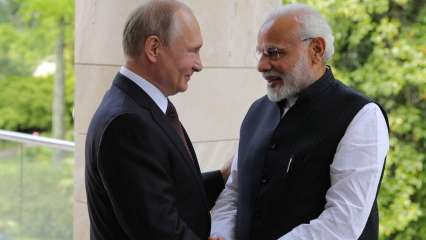 In the backdrop of Russian foreign minister Sergey Lavrov raising questions over the Indo-Pacific and the Quad, top Russian diplomats in Delhi have said that Moscow did understand “India’s national concept on Indo pacific,” but sees the Quad lacking in inclusivity.

Russian Envoy Nikolay R. Kudashev said, “As far as the Indian ocean initiative raised by PM Modi, we have no problem with [the] Indian vision.”

They offered a unifying agenda and a concept of a larger Eurasian partnership, which should bring the ends together of the Russian vision, the Chinese vision, and the Indian vision, Kudashev said.

Russian Deputy Envoy Roman N. Babushkin said that while they understood and recognised the Indian concept for the Indo-Pacific, it should not be forgotten that there was no unified vision for the Indo-Pacific at present because many countries promoted their own visions for the region.

Calling the mechanism “non-inclusive” and sharing “apprehensions about the intentions,” Roman explained that it threatened to jeopardise regional cooperation. The Quad will be detrimental to the inclusive dialogue to the region, he said.

The Indo-Russian ties are celebrated and the two countries have been close historically. Both PM Modi and President Putin spoke four times this year and have had annual summits that alternate between the two countries. Earlier this year, Indian Defence Minister Rajnath Singh and External Affairs Minister Dr S Jaishankar had visited Russia in the middle of the pandemic to take part in the Shanghai Cooperation Organisation’s defence and foreign ministers meet.

“This is the key in reaching progress in the ties…and regional security and stability,” he added.

The envoy also spoke on the S400 sanctions by America, saying, “It is hard to predict and let the Biden administration first announce publicly its stance”

The envoy said that they did not otherwise recognize unilateral sanctions when it came to inter-state relations.

The Trump administration had imposed sanctions on Turkey for buying the S400 system from Russia. India will also get the system soon, with rising fear of possible American sanctions.