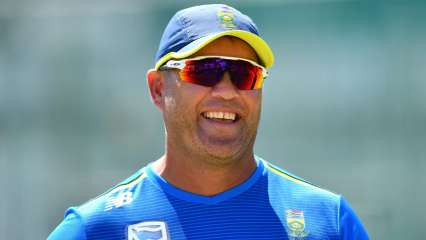 The ECB have also insisted in the normalcy in the plans of the tour despite the increase in travel restrictions or suspensions to and from UK by various governments, due to the latest wave of COVID-19 pandemic in the country.

The ECB sped up their search for the full-time appointments to fill the voids in the support staff, which included vacancies of batting, pace and spin bowling coaches.

While, the appications date close by January 10, Kallis’ appointment comes as the biggest of the lot. The role of batting consultant for Kallis is the follow-up on England’s appointment of Jonathon Trott for the Pakistan Tests last summer and Marcus Trescothik for the recently concluded shortened white-ball tour of South Africa.

The current appointment of Kallis is only for the Sri Lanka series at this stage, and may or may not stretch to the India series.

While England has also made several announcements in the support staff which inlcudes that of Jon Lewis as fast-bowling coach, James Foster as wicket-keeping consultant and Jeetan Patel as spin consultant. Graham Thorpe, England’s regular assistant coach to the head coach Chris Silverwood, has been rested for Sri Lanka series, but is expected to be back for the India tour, keeping in mind the bio-bubble fatigue.

Kushal Tandon meets Gauahar Khan to congratulate her on wedding with...