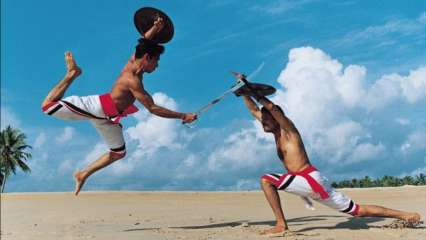 The Sports Ministry approved the inclusion of four indigenous sports, namely Gatka, Kalaripayattu, Mallakhamba and Thang-Ta in the Khelo India Youth Games 2021, which is scheduled to take place in Haryana.

Speaking about the decision, Sports Minister Kiren Rijiju tweeted saying, “I’m very happy to announce that 4 Indigenous Games have been added, along with Yogasana, to Khelo India Youth Games 2021, to be held in Panchkula, Haryana. India has a rich culture of indigenous games and it is our endeavour to preserve, promote and popularise these.”

I’m very happy to announce that 4 Indigenous Games have been added, along with Yogasana, to Khelo India Youth Games 2021, to be held in Panchkula, Haryana. India has a rich culture of indigenous games and it is our endeavour to preserve, promote and popularise these. @mlkhattar pic.twitter.com/w33JIU18Si

The four selected games represent different parts of the country.

Kalaripayattu – It has its origin in Kerala and has practitioners all over the world. Bollywood actor Vidyut Jammwal is one of them who practices this sport.

Mallakhamba – It is well-known across India and Madhya Pradesh and Maharashtra have been the hotspots of this sport.

Gatka – This originates in the state of Punjab and this traditional fighting style of the Nihang Sikh warriors is used both as self-defence as well as a sport.

Thang-Ta – From Manipur, this martial art has passed into oblivion in recent decades. However, the sport will get national recognition again with the help of the Khelo India Youth Games.

Earlier, Kiren Rijiju had taken to Twitter to announce that the Sports Ministry formally recognised yogasana as a competitive sport and will enable the ancient practice to avail government funding.

A National Yogasana Sports Federation of India (NYSFI) was also established for preservation and development of yoga as a competitive sport. It was recognised by the sports ministry as a National Sports Federation (NSF) last month.

A pilot championship – National Individual Yogasana Sport Championship – has also been proposed to be held in February 2021, followed by district, state, national and World Championships. The two ministries have also developed an automated scoring system for competitions.