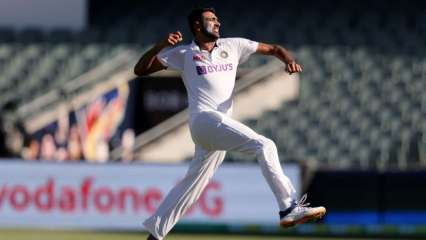 The off-spinner Ravichandran Ashwin’s guile and spine and bounce with accurate lines and lengths helped India claw their way back into the first test against Australia and eventually finish the second day in a strong position.

Ashwin, who was back playing Test cricket after a long time, enjoyed it saying that he felt as if he made his debut all over again.

“Me being extremely mad about the sport, did a lot of work during the lockdown. So it was refreshing to go out there and bowl, the feeling was great the pink-ball Test and all that new thing about the pink ball,” he added.

Ashwin started his bowling spell with a big wicket of Steve Smith, who is currently the number 1 batsman in the world. Talking about the ‘big’ wicket, Ashwin said, “With regards to the wicket of Steve Smith, obviously it’s a big wicket. You know how much time he bats. In the context of the game, and where it was placed, I felt it was a really important wicket so I really enjoyed it.

Talking about his mindset and importance of winnings sessions in overseas Tests, Ashwin said, “When you are playing abroad, my mindset is to just hold one end up and allow the captain to rotate fast bowlers from the other end. I also go for wickets if there is enough assistance or enough early wickets. For me it’s all about making it as difficult as possible for the batsman.”

“I’ve always maintained this, especially when you travel and play abroad away from India, the passages of play need to go your way as a spinner because you are doing a twin job…you are doing it against the conditions. As far I’m concerned, I keep watching and see if I can learn and prepare thoroughly for a batsman and put in the earnest effort. That’s all one can do,” Ashwin added.

Ashwin, who in the past has been criticised for being a ‘carpet knight’ because of his undewhelming performances in overseas Tests, but he rubbished it saying that things get blown out of proportion.

“In the last two years, if people don’t reflect on two or three not so great performances, I’ve had decent outings every time I’ve played overseas. Like I said, things can get blown out of context. I’ve put those things in the backyard. I’ve learnt from it and as far as I am concerned, I’ve learnt to enjoy my trade and I want to have as much fun as I can. I don’t want to sit back and think if it’s the best or not. There is an innings to go and I am looking forward to it,” he said.