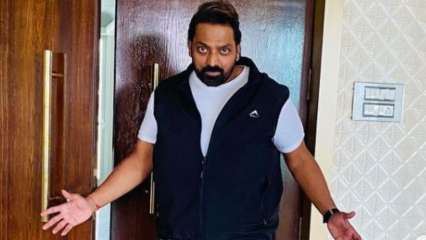 In recent years, we have witnessed the physical transformation and weight loss journeys of several celebrities. Most recently, Fardeen Khan, who is making a comeback in films, was papped in Mumbai city looking fit and fierce after losing 18 kg in 6 months.

Now, in a promo video from the popular ‘The Kapil Sharma Show’, noted choreographer, actor and director Ganesh Acharya has revealed that he has lost 98kgs in total to look fit as a fiddle.

Once weighing 200 kgs, Masterji, as he is popularly addressed in the film industry, indulged in rigorous workout sessions to go from obese to fit in the last several months.

His Instagram handle is proof that the choreographer has been strict about his workout routine, the result of which is that he has completely transformed physically and has gone from fat to fit.

In the above-mentioned promo video, when comedian-host Kapil Sharma asks Ganesh, who is accompanied on the comedy show by Geeta Kapur and Terence Lewis, how many kilos has he lost, the choreographer modestly replies ’98 kgs’.

The comedian then jokes and tells Ganesh, “Chotey chotey shehro me 46-46 kilo ke aadmi hotey hai. Do aadmi gayab kar diye apne (In small towns, men weigh around 46 kgs. You just managed to get rid of two men after losing so much weight).”

Geeta Kapur and Terence Lewis could not hold back their laughter.

Later, Kapil is seen flirting with Geeta Kapur and tells her she looks absolutely gorgeous. Looking at their fun banter, Terence jokes if they should leave. Kapil shows them the way.

In the video, we also see Krushna Abhishek and Chandan Prabhakar leaving the audiences in splits with their hilarious acts.

Meanwhile, talking about Ganesh’s weight loss journey, the choreographer has been at it for the last couple of years now. In a 2017  interview with Hindustan Times, the choreographer had said, “It was tough for me. I have been working on my body for the past one-and-a-half years. I had even put on 30-40kg for my film Hey Bro (2015), and my weight had then touched 200kg. Ab vahi weight utaar raha hoon (I am shedding that weight now).”

On the work front, Ganesh Acharya has choreographed a long list of celebrities like Ranveer Singh, Salman Khan, Govinda, Ajay Devgn among others. The most recent films he was on-board as a dance master was Simmba, Padmavat, Zero to name a few.

In 2018, he was conferred with the National Award for Best Choreographer for the song Gori Tu Lath Mar from Toilet Ek Prem Katha.

No headway in Farmer-Centre talks; next round on January 8