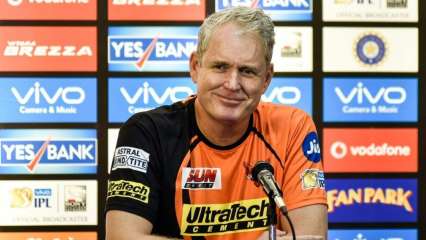 Sunrisers Hyderabad has announced the appointment of their former head coach, Tom Moody, as the Director of Cricket for the upcoming season of the Indian Premier League (IPL).

The 55-year old returns to the franchise after a gap of one year in a new role. Moody served as the head coach of the Hyderabad-based franchise for seven years till 2019, after which he was replaced by Trevor Bayliss for the recently concluded 2020 IPL season.

In his 7-season tenure, Moody helped SRH qualify for the playoffs for 5 times and go for the jugular in 2016.

While, Bayliss will continue as the head coach, Moody will slot in as the Director of Cricket. A format which has been successfully implemented by Royal Challengers Bangalore and Mumbai Indians.

For RCB, Simon Katich served as the head coach this year, with Mike Hesson being appointed as the Director of Cricket and for Mumbai Mahela Jayawardene and Zaheer Khan play the respective roles.

For the first time under England’s World Cup-winning coach, Bayliss, Sunrisers finished 3rd on the Points table and lost to the Delhi Capitals in the Qualifier 2.

Mona Singh reveals why she froze her eggs at 34