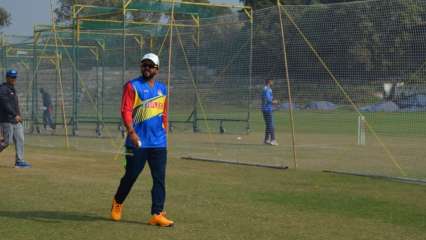 Former India batsman Suresh Raina is all set on a comeback trail to Cricket, as he will ply his trade for his home state Uttar Pradesh in the Dommestic Syed Mushtaq Ali T20 Trophy.

The cricketer, who recently announced his retirement from International cricket in August this year, and missed the IPL season too, will be playing competetive cricket after a long period.

Raina has been away from the game for more than one year but has been keeping himself fit and training hard for the upcoming season of domestic cricket and hopefully the next IPL season.

Raina had pulled out of the recently concluded IPL season due to personal reasons but will most likely feature in the 2021 season.

Raina informed his fans through his Twitter account, as he was back at training at the Green Park Stadium in Kanpur with his teammates Priyam Garg and Ankit Rajpoot.

All set for the camp, warming up for the upcoming season among the lions of @UPCACricket ! #AllSet #Goals #Cricket #Passion #BigGoals pic.twitter.com/Fe0jvNBZ7q

The BCCI announced recently that the Syed Mushtaq Ali Trophy will be held first for the 2020-21 domestic season, starting on January 10.

Kavita Kaushik on walking out of ‘Bigg Boss 14’