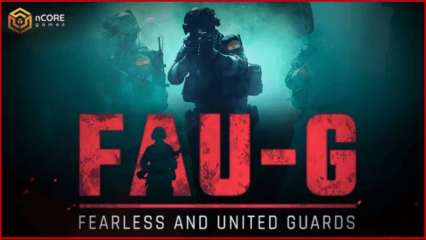 FAU-G has stolen the march on PUBG Mobile India as it is on track for a potential launch of the game by the year-end. A couple of weeks back, FAU-G had announced pre-registrations for the game and it crossed a record 1.06 million in less than 24 years. However, there is a new update regarding the status of FAU-G on Google Play Store. Initially, when the game was launched on Google Play Store, the content rating was players above 16+ should play. However, on Google Play Store currently, the content rating for FAU-G has now changed to Teen, meaning that the bloodshed, gore action and violence might be slightly toned down and this could have a lesser negative impact on children who might want to play the game. PUBG Mobile India is reportedly facing a battle with NCPCR chairperson Priyank Kanoongo stating that National Commission for Protection of Child Rights is not in favour of such a game due to the graphic violence associated with PUBG Mobile.

If you type FAU-G in the Google Play Store, FAU-G will appear but it cannot be downloaded or played yet. When you click on FAU-G, it will help you to pre-register for the game. The game can be downloaded, with gamers going to the official website www.ncoregames.com and downloading the APK file. However, one has to wait a bit longer as the official website of FAU-G is yet to be launched. In short, FAUG GAME Download APK will be only available after the official launch and release of the game.

According to several users on social media, they have reportedly leaked maps, graphics and weapons that will be associated with the game but the authenticity is still in doubt. nCore Games have still not released an official statement and thus users should not fall prey to fake news that might be circulating on social media.

How PUBG Mobile India is different from FAU-G? One has to only look at the description of FAU-G on Play Store which says, “High up on the peaks at India’s northern border, an elite fighting group projects the nation pride and sovereignty. It is a daunting task, for the most courageous. The fearless and United Guards. Join a special unit of FAUG commandos on patrol in dangerous border territory. Come face to face with the Indian enemies as you engage with hostile invaders on Indian soil.”

This will indicate that FAU-G is an action game and it is not a battle royale mode game, like PUBG Mobile India. It is speculated that the backdrop of FAU-G could be the Galwan Valley, the sight of tensions between India and China.

PUBG Mobile India, unfortunately, has been caught up in the government bureaucratic process where they have sought for a meeting with MEITY but the request has not yet been granted. Since this is a foreign entity and despite removing the Chinese entity of Tencent, PUBG Mobile India’s delay for a meeting with MEITY has pushed their launch to February 2021.

There is no such problem for FAU-G as it is an Indian company and the developers, ncore games have said that the game could be launched by the end of 2020, which could steal a big chunk of the gaming segment that considered PUBG the ultimate action game.