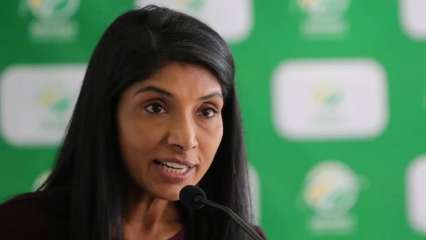 Govender is the second senior member of the staff, who has been served notice of disciplinary proceedings against her by the interim board, appointed last month.

The release contained the details of the allegations against Govender while she was the Chief Commercial Officer (CCO) and Acting CEO of  Cricket South Africa.

The hearing will take place on January 28, 2021 where Govender will be allowed to answer to all the allegations against her.

The release also mentioned the new appointment, i.e., of CFO Pholetsi Moseki with an immediate effect.

“The executive management team is being led by CSA Chief Financial Officer, Mr Pholetsi Moseki, with immediate effect.  He has agreed to take on this short-term role and we look forward to working with him. The Chair of the IB also addressed CSA staff this afternoon to allay any concerns they may have and to ensure them all of the IB’s support,” the release said.