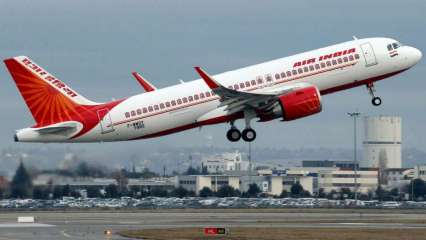 The Centre on Monday informed that it has received multiple bids for its stake in state-run carrier Air India, the auction for which ended in the evening.

“Multiple expressions of interest have been received for strategic disinvestment of Air India. The transaction will now move to the second stage,” a tweet from the secretary, Department of Investment and Public Asset Management read.

Tata Sons, India’s autos-to-steel conglomerate, is expected to have submitted an initial bid for the loss-making airline, news agency Reuters cited sources aware of the matter. However, a Tata spokesperson declined to comment on the development, the Reuters report added.

A group of over 200 Air India employees have also submitted an initial bid for the carrier in partnership with a private financier, Business Standard newspaper reported earlier on Monday.

Prime Minister Narendra Modi’s government in January renewed its push to sell its entire interest in the loss-making airline, which has been kept aloft by a bailout since 2012.

An effort to auction a majority stake almost two years ago drew no bids, forcing the government to ease terms. It has also extended the deadline multiple times this year due to COVID-19 and further eased the terms to attract bidders.

The airline industry around the world has been hammered by a slump in travel due to restrictions aimed at containing the novel coronavirus.

A successful bidder would win control of Air India`s 4,400 domestic and 1,800 international landing and parking slots at domestic airports, as well as 900 slots at airports overseas.

It would also get 100% of the low-cost arm Air India Express and 50% of AISATS, which provides cargo and ground handling services at major Indian airports, the bid document showed.