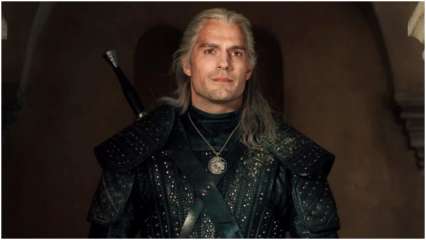 Filming on the sets of the super hit Netflix drama series ‘The Witcher’ continues on Sunday without its lead star Henry Cavill who is recovering from an injury sustained during production at Arborfield studios, London.

According to Deadline, Cavill who is still recovering from what is being described as a minor leg muscle injury will be sidelined from the production of ‘The Witcher‘ for a short period of time. His leg got hurt on an assault course while working at a height of 20ft wearing a safety harness.

The show’s filming has already been halted twice, the first being after actor Kristofer Hivju revealed that he had tested positive for the novel coronavirus. Consequently, the shoot had to be shut down in March which was extended till mid-August as the UK was under COVID-19-induced lockdown over the spring.

The shoot was suspended again in November because of a surge in positive coronavirus cases, reported Deadline, adding that similar to other productions the drama series is scheduled to go on hiatus later this month owing to the holidays.

‘The Witcher’ is based on a Polish book series of the same name and is one of Netflix’s biggest hits. Cavill plays the role of Geralt of Rivia, a solitary monster hunter struggling to find his place in this world where people have often proved to be more wicked than beasts.

In October, the actor had revealed his first look from the second season of his massively successful web show ‘The Witcher’.

“‘It may turn out,’ said the white-haired man a moment later, ‘that their comrades or cronies may ask what befell these evil men. Tell them the Wolf bit them. The White Wolf. And add that they should keep glancing over their shoulders. One day they’ll look back and see the Wolf.'” – From the writings of Andrzej Sapkowski,” the actor had shared on his Instagram account.