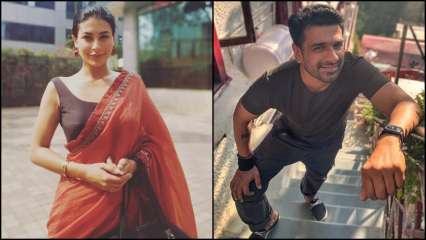 Soon after her eviction from Bigg Boss 14 house, Pavitra Punia has been unconditionally lending her support to Eijaz Khan via her social media pages. The couple created a bond inside the house and despite all the fights they were affectionate towards each other. Now, during a recent interaction, Pavitra was asked if it was the love she had for Eijaz, to which she refuses but said the feelings were special and genuine.

Talking about her equation with Eijaz inside Bigg Boss 14 house, Pavitra stated, “My equation with Eijaz Khan was never fake and he was close, he is and I hope he will always be close to me. Of course, I like him but you have to understand this thing that we met on a show where you don’t know in which direction your relationship with someone is moving. In that house, the situation and game change every day. I had clearly stated before going in that I am not going inside for love, but I got attached to Eijaz Khan. I had also said that the house is such that if you genuinely fall in love with someone, he might end up saying that he was playing a game. So that thing was always in my head.”

Pavitra went on to share, “I got close to Eijaz and I developed expectations and when they were not fulfilled it would feel bad. I would like to clarify that I never used Eijaz Khan for the game, nor do I intend to. We both were playing as individuals and we both had a special place for each other in our hearts and that will always be. This is a fact and I won’t call it love, nor I would say that I ever loved him. But yes whatever the feelings were it was special, pure and genuine. And since it happened inside the house and was going on with the game we both were confused about it. If you have noticed I was very expressive and Eijaz was not.”

Punia also said that according to her, Eijaz should pick up the winning trophy.