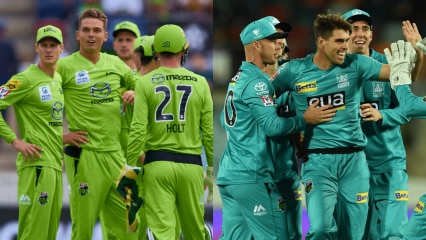 Sydney Thunder and Brisbane Heat had identical start to their Big Bash League (BBL) 2020-21 campaigns in more ways than one.

Both the teams lost their first games, and both of them lost to the Melbourne Stars.

Thunder after a solid comeback with the ball to restrict the Stars at 169, faltered after skipper Callum Ferguson got out. Ferguson smashed a 33-ball half-century but got ut soon after and none of the other Thunder batsmen could stay on the wicket for long and chase became steeper and steeper.

Heat on the other hand, had a poor first game. Their batsmen could muster only 125, which proved to be too less for an inexperienced Heat attack to defend against a star-studded Stars batting line-up.

The match starts at 1.45 PM IST and will take place at Manuka Oval, Canberra.

Government extends relaxed norms for onion imports till January 31 to...