Even after actor Shahid Kapoor has returned from the shoot of his upcoming film ‘Jersey’, wife Mira Rajput and the star are in a long-distance relationship, revealed the actor’s wife in an Instagram Story on Friday.

Recently, Mira took to her verified Instagram handle to disclose (in a jovial way) to her fans that Shahid has been practising social distancing at home and that she isn’t happy about it.

She revealed that Shahid is mostly glued to his mobile phone and thus, the two, despite being in the same house, are in a way, in a long-distance relationship.

Mira shared two photos of Shahid on her Instagram Stories wherein the actor can be seen busy with his phone and seemingly not paying any attention to his wife.

In the first picture, Mira captioned, “Crush is home but still long-distance @shahidkapoor.” She captioned the second photo “Clearly this sweatshirt is loved more than me.”

Check out the pictures below: 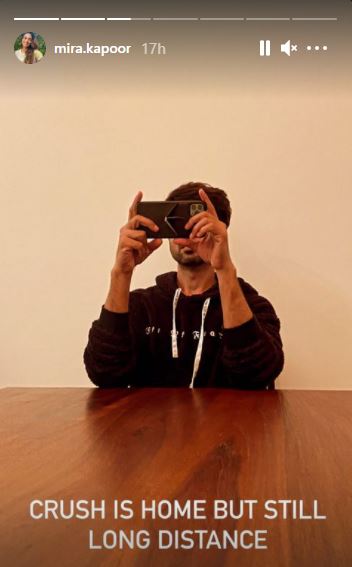 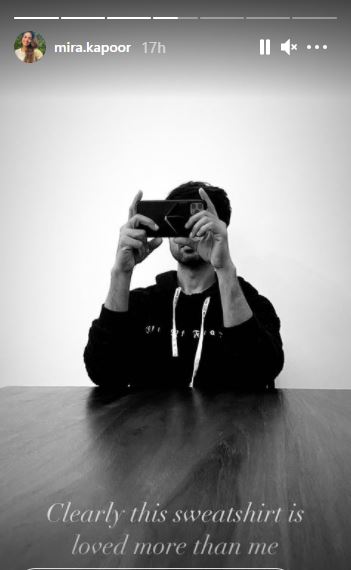 Mira Rajput often shares such light-hearted posts where one can easily connect and relate with what’s happening in her life.

Meanwhile, Shahid plays the role of a cricketer in ‘Jersey’ and the film is the Hindi remake of the Telugu flick of the same name. The film also stars Mrunal Thakur as the female lead. Pankaj Kapur will play Shahid’s training coach.

Earlier, while talking about working with Shahid in Jersey, Mrunal exclusively told DNA, “I won’t stop praising Shahid because he is so fabulous as a performer. Every time he creates magic on screen and I just kind of wonder ‘how do you do it?’ I make sure to sit in front of the monitor when it’s his shot so that I don’t miss out on that X factor that he has.”