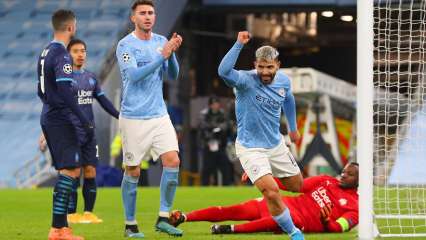 Bayern Munich earned a 2-0 victory over Lokomotiv Moscow in their final Champions League Group A game on Wednesday with second-half goals from Niklas Suele and Eric-Maxim Choupo-Moting. The Bavarians, last season’s winners who qualified for the last 16 with two matches to spare, fielded a largely second-string team with the pressure on Lokomotiv, desperate for a win to secure third place in the standings and a Europa League spot. Bayern had the upper hand but carved out only few scoring chances in the first half, with top scorer Robert Lewandowski sidelined due to a minor injury. Thomas Mueller fired wide from close range in the 39th minute before making way for Serge Gnabry after the break, a substitution that provided an instant boost. The Bavarians came close with a Suele header and Choupo-Moting`s backheel flick in the 53rd, before a double chance from Gnabry, who was denied by keeper Guilherme and volleyed the rebound narrowly wide. Guilherme was beaten in the 63rd minute when Douglas Costa whipped in a corner and Suele rose above two defenders to drill a powerful header past the keeper.

Choupo-Moting, replacing Lewandowski, doubled the lead in 10 minutes from time to lift Bayern to 16 points. They are joined in the knockout stage by Atletico Madrid, 2-0 winners at Salzburg. Lokomotiv finished bottom on three points.

Sergio Aguero came off the bench to score for Manchester City as they cruised past Olympique Marseille 3-0 in Champions League Group C on Wednesday. The result means the French team finished bottom of the group and failed to make the Europa League spot despite third-placed Olympiakos losing 2-0 to group runners-up Porto. Manchester City were already assured of top spot and ahead of Saturday’s Manchester derby rested keeper Ederson and gave a start to American back-up goalkeeper Zack Steffen. Spaniard Ferran Torres put City ahead three minutes after the interval, firing home from close range after a strong run into the box from Riyad Mahrez.

Argentine striker Aguero, who has struggled after knee surgery in the off-season, came off the bench in the 67th minute and took just 10 minutes to score, poking home after Marseille keeper Steve Mandanda failed to hold Nathan Ake`s header from a corner.

Substitute Raheem Sterling added the third with a tap-in in the final minute. Manchester City finished on 16 points, a club record haul from the competition`s group stage. Brazilian Otavio and Colombian Mateus Uribe were on target for Porto as they beat Greek side Olympiakos 2-0.