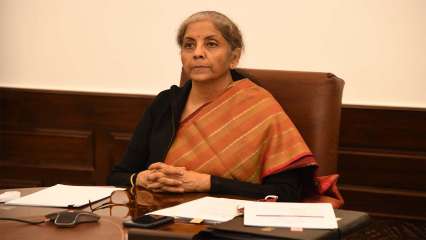 Forbes on Tuesday announced its 17th annual ranking of the World’s Most Powerful Women. Four women from India – Nirmala Sitharaman, Roshni Nadar Malhotra, Kiran Mazumdar Shaw and Renuka Jagtiani have managed to secure a place for themselves in this prestigious Forbes list.

But that’s not all for India. New to this list, at top three is Black and Indian-American US Vice-President elect, Kamala Harris who will serve as the first female Vice President of the United States of America.

Kamala Harris’s “rapid ascension in US politics has also catapulted” her onto the Forbes list of the World’s 100 Most Powerful Women for the first time.

For the 10th consecutive year, German Chancellor Angela Merkel topped the chart by securing the first position, also marking her 15th total appearance on the list. Christine Lagarde, President of the European Central Bank, maintains her second position in this year’s rankings too for the second straight year.

The women on the 17th annual Forbes Power List hail from 30 countries and were born across four generations.

“There are 10 heads of state, 38 CEOs and five entertainers among them. But where they differ in age, nationality and job description, they are united in the ways they have been using their platforms to address the unique challenges of 2020,” Forbes said.

Several of this year’s Power Women received ‘global plaudits’ for their effective responses to COVID-19.