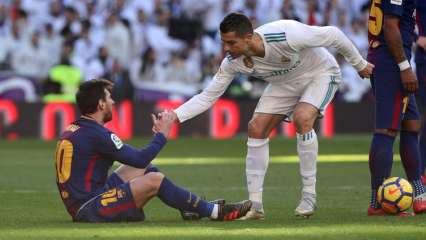 While, Champions League is towards its business end and heading towards an exciting finish, the excitement turns towards Tuesday’s inconsquential clash between Juventus and Barcelona.

Juventus take a trip to Barcelona for the Group H game at Camp Nou. The game is looked forward to by all the football fans, as Lionel Messi returns to the starting XI for Barcelona, while Christiano Ronaldo and him meet for the first time since 2018, after the latter’s departure from Real Madrid.

The face-off between the two stars was supposed to take place earlier this year, but Ronaldo contracted the COVID-19 virus, after which he had to go into home isolation. Barcelona defeated Juventus by 2-0 in Turin, so the latter would want to avenge the defeat.

Even though, the buzz for the game has gone through the roof, the two stars haven’t been at their best in the recent past, considering the age hasn’t been on their side.

While, Messi is looking to move out of Barcelona next summer, Ronaldo hasn’t been in his prime playing for Juventus in these couple of years.

Since both the teams have already qualified, there’s not much at stake in this game, except the top position. While, Juventus need a big win to claim the top spot, as Barcelona have 15 points with five wins in five games. For Barcelona, a draw will be enough for them to stay at the number one spot. Juventus are 2nd with 12 points after their only loss to the Catalan giants.

The duo have met each other in 35 outings in the past, where Messi’s side has won 16 of them and Ronaldo’s has won 10. Ronaldo has met 18 of those 35 times playing for Real Madrid

Deepika Padukone makes it to ‘Authentic Smiles of People of World’...

Myths around coronavirus to Kim Jong-Un’s death, read all here