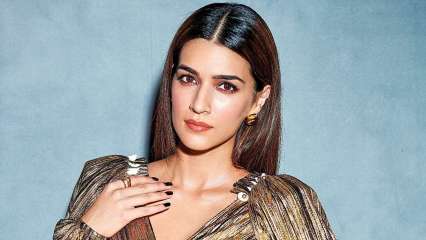 Bollywood actress Kriti Sanon has reportedly tested Covid- 19 positive. However, Kriti is yet to confirm or deny this update about her health.

Kriti was in Chandigarh shooting with Rajkummar Rao for an upcoming film till last week, according to a report in filmfare.com. Celebrity photographer Viral Bhayani also shared a photo of the actress on his verified Instagram account with “Covid +” written on it.

Bhayani wrote, “Call it bad luck inspite of taking all safety measures. She recently returned from Chandigarh, where she was shooting for an upcoming movie with Rajkummar Rao. She even told us that she would not remove her mask even for a second. #kritisanon.”

Incidentally, Varun Dhawan and Neetu Kapoor also recently tested positive. They were in Chandigarh on an outdoor schedule for the film ‘Jug Jugg Jeeyo’.

Varun recently confirmed in social media that he had tested positive shooting for the film ‘Jug Jugg Jeeyo’ in the city. His co-star in the film Neetu Kapoor and the film`s director Raj Mehta also tested positive.

“So as I returned to work in the pandemic era I have contracted #covid_19 All precautions were taken by the production but still nothing is certain in life especially not covid-19. So please be extra careful I believe I could have been more careful. I see the get well soon messages and my spirits are high taking each day at a time thank u,” Varun Dhawan shared on his verified Instagram account on Monday.

Actor Anil Kapoor on Friday tweeted from his verified account to put an end to rumours that he has tested COVID-19 positive.

“In the interest of putting any rumours to rest, I have tested negative for COVID-19. Thank you all for your concern and good wishes,” Anil Kapoor tweeted on Friday.

In the interest of putting any rumours to rest, I have tested negative for COVID-19. Thank you all for your concern and good wishes

Varun, Neetu Kapoor and Anil Kapoor, as well as actress Kiara Advani, are part of Mehta’s unit at the Chandigarh outdoor of the film.

Denying unconfirmed reports that her father Anil has tested positive, Sonam Kapoor has subsequently tweeted, “False reporting is dangerous. I`m sitting in london and I see incorrect information peddled by some parts of the media before I can even speak to my father. Please be responsible in your reportage.”

All cast and crew members were tested for the virus, before shoot started in November.