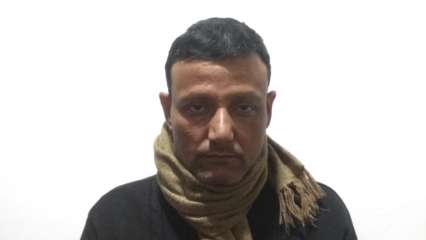 The  Economic Offenses Wing arrested Director of SMP Impex Pvt Ltd, Saroj Mahapatra, involved in a Ponzi scheme named ‘Hello Taxi’ through which around 1000 people were duped in the name of investing in taxis.

The absconding accused was arrested from Bhubaneshwar in Odisha.

The Ponzi scheme is being investigated by the Delhi Police, and Mahapatra is one of the accused.

The Delhi Police also announced a reward of Rs 50000 for anyone with vital information leading to his arrest.

The Delhi police had earlier stated that the investors had put their money in the company named SMP Impex Private Limited. The company stated that they are starting the app-based taxi service ‘Hello Taxi’, and promised investors that they will get interest back up to 200 percent of the original amount every year.

Around 1000 people invested 250 crore rupees in the treasury, but people did not get anything in the name of returns.

The company’s office was in Rohini.

The Delhi police have already arrested a company associate, Daisy Menon, from Goa. The Delhi police are still on the hunt for three other partners in crime-Rajesh Mahato, Sundar Bhati, and Harish Bhati.