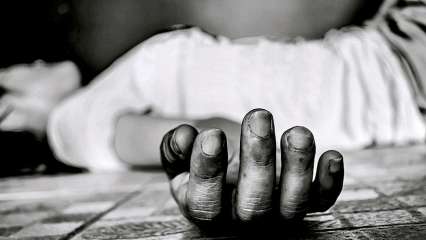 In a piece of tragic news, one of the writers of popular sitcom ‘Taarak Mehta Ka Ooltah Chashmah‘, Abhishek Makwana, died by suicide on November 27.

As per a report in Mumbai Mirror, now, almost a week after Makwana’s death, his family has alleged that the television serial writer was a victim of cyber fraud and blackmail. The family has also stated that after Makwana’s death, the fraudsters are calling family members and friends demanding that they return the money ‘as he (Makwana) had allegedly made them guarantors in a loan’.

Meanwhile, according to the report, on November 27, the Charkop Police Station had registered an accidental death record after Makwana was found hanging at his flat in a Kandivali building. According to the police report, Abhishek Makwana had mentioned financial troubles in his suicide note, written in Gujarati, but did not mention any further details.

“It spoke about difficulties in his personal life as well as financial troubles that he had been facing over the past many months,” an official from the Charkop police station told the publication.

It was while the family’s statements were being recorded that Makwana’s brother Jenis disclosed that his brother’s emails, which he had accessed after Makwana’s tragic death, revealed the financial fraud.

He further added, “From what I understood from the email records, my brother first took a small loan from one of the ‘easy loan apps’ that charge a very high rate of interest.”

Jenis said that he searched about that app and found that they have been involved in several cyber frauds before.

“I looked at the transactions between them and my brother closely after that. I noticed that they kept sending small amounts despite my brother not applying for the loans. Their interest rates are as high as 30 per cent.”

Jenis avered that text messages on his brother’s phone revealed that he was being blackmailed.

Speaking on the fraud allegations, the police said they have reached out to the bank for transaction details and phone company for call records. They further mentioned that as of now there was no solid evidence of fraud or that Makwana was being harassed by the company.