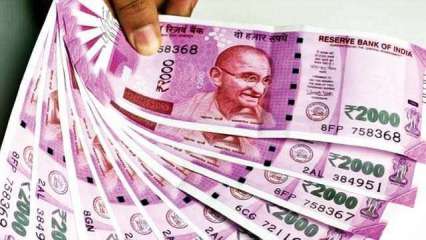 Banerjee further said that the state treasury would never run out for its staff even though it was yet to receive dues of Rs 85,000 crore from the Centre.

“We had not been receiving our financial dues. At least Rs 8,000 crore is due under GST. Despite financial constraints, we had met the recommendations of all previous pay commissions (Sixth Pay Commission). We will also provide three percent hike in DA from January 2021,” PTI quoted her as saying.

She made the statement while addressing the TMC- affiliated government employees’ association at the state secretariat, adding that the dues payable by the Centre to the state had been increasing over a period of time under several heads — UGC grant, GST and funds for COVID-19 battle among others

“More than Rs 85,000 crore dues are yet to be cleared by the Centre but that will not prevent us from giving our people their dues,” Banerjee said.

Meanwhile, the central government had announced that it has suspended the increment in dearness allowance (DA) for its employees till July 2021 in wake of the financial stress it is going through due to the coronavirus crisis.

The move will affect around 50 lakh central government employees and 61 lakh pensioners.

Due to the coronavirus lockdown, government’s tax revenues have taken a bad hit. While the expenses have climbed up, there’s little earning since the country has come to a standstill, therefore, less spending by people.

It may be recalled that the Union Cabinet had approved an increase of 4% to DA in March. Notably, the government revises the DA twice a year to compensate for the rise in prices.